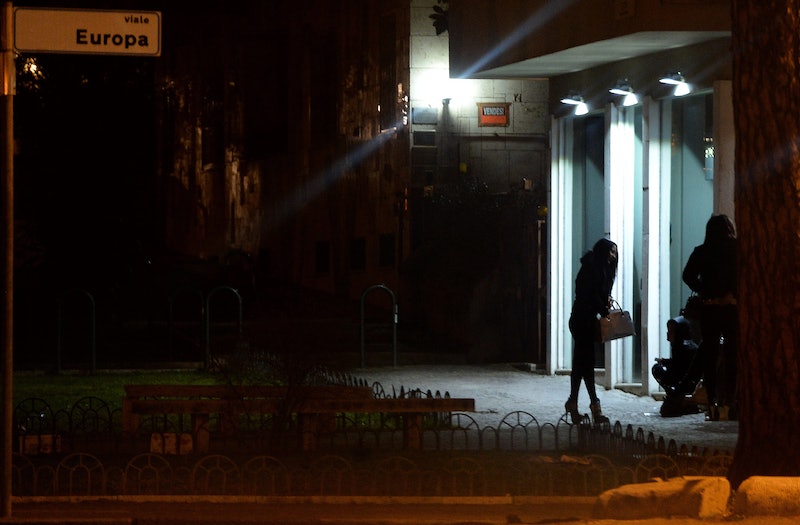 On July 18, Neal Falls — a West Virginia man whom authorities say may have been a serial killer — was killed with his own gun by a sex worker in Charleston, West Virginia. The identity of the sex worker has not yet been released, but NBC reports that she says Falls attempted to strangle her, at which point she gained control of his firearm and shot him in self-defense. West Virginia found what they referred to as a "kill kit" in the back of Falls' car, and say they suspect that Falls was responsible for the near-decade-old disappearances or deaths of four other sex workers in Las Vegas, and perhaps up to six additional women in Chillicothe, Ohio.

The case draws startling but necessary attention to the danger facing sex workers in the U.S. today. Because prostitution is illegal in every U.S. state except Nevada, sex workers are a particularly vulnerable population, and unfortunately have very few legal protections. Thankfully, there are some amazing groups across the U.S. that are active in the fight for sex worker rights and justice.

While there are movements to decriminalize sex work in order to protect the rights and safety of sex workers, that victory is still a long way off. In the meantime, sex workers and allies are working diligently to obtain additional legal and social protections, and to remove the taboo and stigma surrounding the industry. Here are three organizations that are boldly standing on the front line of the battle for sex worker rights in the U.S.

The Sex Workers Project (SWP) operates out of the Urban Justice Center in New York City. SWP provides legal and social services to sex workers, assisting anyone involved with prostitution, including those who are victimized by human trafficking. Seeking to create safe conditions and provide resources to sex workers, SWP also aims to eliminate sex trafficking, and provides assistance to those who are suffering due to forced sex work. You can learn more about the SWP, and donate to the project, at swp.urbanjustice.org.

The primary focuses of the Sex Workers Outreach Project (SWOP) are providing media justice for sex workers and educating the public about myths and facts related to sex work. SWOP operates on both national and local levels. On the national scale, SWOP "helps build stronger communities and a stronger movement through technical assistance, funding, and direct support and advocacy." Locally, SWOP works to "address structural, cultural, and interpersonal violence individuals in the sex trade face by working to change attitudes, change policies, and create alternative community-led systems of support." They also run a confidential support hotline, which can be reached at (877)-776-2004.

The Desiree Alliance is an organization led by current and former sex workers. Their mission is to reduce harm in the sex worker community, as well as provide political advocacy and health services. The Alliance's primary objective is to "reinvigorate the sex workers' rights movement in the U.S." They also hold a conference every three years, each centered around a new theme pertaining to sex work and sex worker rights. You can check out more of their work and membership events at www.desireealliance.org.