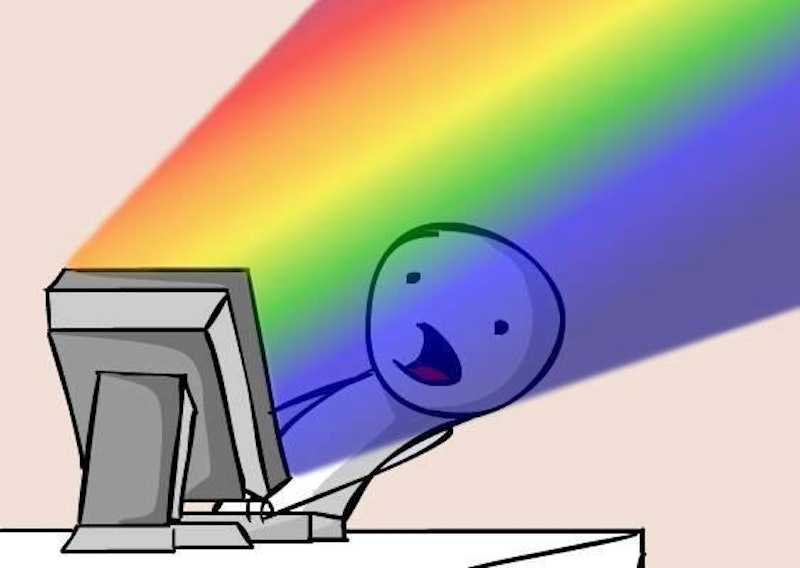 Unless you've been asleep all day, and/or are Amanda Bynes (we fear Amanda Bynes isn't really aware of much of anything), you won't have missed the news of the day: the landmark, groundbreaking, life-changing, DOMA and Prop 8 rulings, and everything that came with them. But while the world (and Google) was ablaze with rainbows, what news flew under the radar? We've got you covered:

In the run-up to September 11 last year, Chris Stevens—the U.S. ambassador to Libya, and one of the four Americans killed in Benghazi—kept a diary. That diary has now been made public by SOFREP, and you can read it here.

They're going to have to bump up the world's 116th best player, Sergiy Stakhovsky, because he's just knocked seven-time Wimbledon champion Roger Federer out of the court.

Did you know that broadcast interns wait patiently for Supreme Court rulings like this one—and then, once when they've got hold of the documents, race to make it back to the stations? Click below to see some awkward ambition:

And the American Family Association had, um, this to say about today's ruling...

The National Institute of Health announced today that they're going to move most chimpanzees out of medical research labs, with the long-term goal to quit testing on the animals. They're still testing on chimps?!

The 3D printing craze looks set to overhaul a whole lotta industries... but The Week is concerned about the possibility that it'll be used to print batches of drugs. Which would probably be bad.

Brilliant satirist Paul Rudnick (of the New Yorker) has hit gold once more with this laugh-out-loud parody of the Boy Scouts' medieval policies towards gay rights.

Some genius put together Mad Men opening credits... in the style of The OC. Yup. You can watch it here.

Bet you've always wanted to take a jog around your favorite Game of Thrones house. Now you (sort of) can, using new app Run Of Thrones. For example, if you wanted to run a House Greyjoy-style route around Manhattan...

(Image courtesy of Run Of Thrones)

If we asked you to guess who Woman's Day put on their cover back in January of 1964, you'd say Audrey Hepburn or, I don't know, Bette Davis, right? Nope. It was this:

More like this
How To Follow The New Royal Family Social Media Accounts
By Sam Ramsden
Here's How To Support Jewish People Amid Rising Antisemitism
By Hannah Orenstein
Here’s Your Daily Horoscope for December 7, 2022
By Mecca Woods
Season 2 Of 'Yellowjackets' Is Coming Sooner Than You'd Think
By Gretchen Smail and Grace Wehniainen
Get Even More From Bustle — Sign Up For The Newsletter