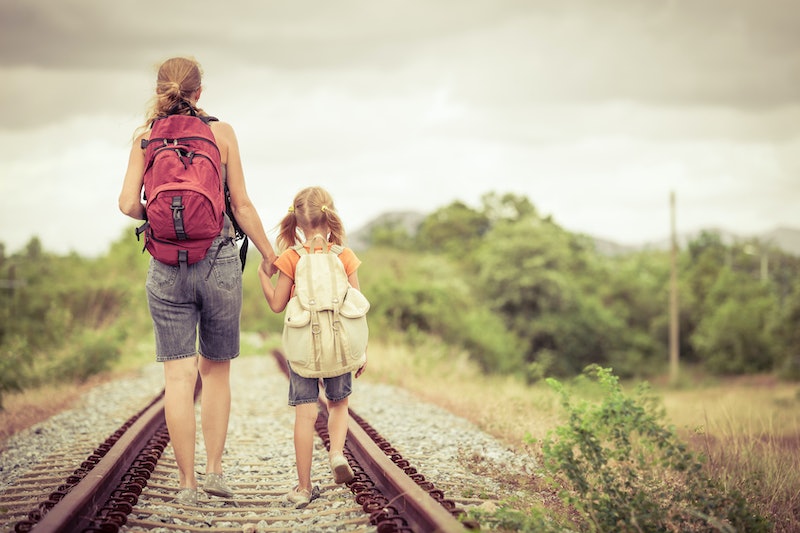 How we raise girls today — as well as the millions of little messages we're sending them as they grow — matters more than ever, says a Harvard researcher, who released an eye-opening new study on gender bias this week. While working on the university's Making Caring Common project, psychologist Richard Weissbourd found further evidence that ingrained gender biases may be hindering girls from becoming leaders, and that their parents (along with teachers, friends, and other peers) may be unintentionally encouraging the cycle.

Weissbourd stumbled upon his findings somewhat accidentally, while studying what makes people care (or not care) about one another. "We were concerned that biases get in the way of people caring about and respecting other people, so our initial study was just looking at biases," Weissbourd told ABC News. "And one of the striking findings that emerged was gender bias."

But the researchers didn't just leave it there — they also asked students what they thought about female-run student councils. (Because surely we'd have a shot of faring better there, right? Wrong.) In the end, most students would rather boys be in charge over girls there, too.

That news may be pretty surprising to hear at first, when you consider just how many strides women have made in the last few years, let alone the last few decades. But honestly, it's not the first time gender bias has been tied to our lack of female leaders. As the 2011 doc Miss Representation points out, young girls "cannot be what they cannot see" — and growing up in a media-saturated world that canonizes female beauty and sexuality, rather than female intelligence, is not doing out girls any favors. Similarly, the Geena Davis Institute, founded by actress Geena Davis, has commissioned a dozen studies to date on the subject. In one such study, it was found that in film, men outpace women in STEM careers 7 to 1 — could this be why women don't seek STEM careers more often IRL?

There has also been the argument, as Katty Kay and Claire Shipman noted in their seminal article for The Atlantic last year, that as women, we sometimes stand in our own way, unintentionally:

There is a particular crisis for women — a vast confidence gap that separates the sexes. Compared with men, women don't consider themselves as ready for promotions, they predict they'll do worse on tests, and they generally underestimate their abilities.

As Weissbourd told ABC News, "We have made a lot of progress in terms of gender equality but we still have a long way to go." And that's pretty clear (and pretty sad), considering so many girls apparently wouldn't opt for — or perhaps just can't picture? — a woman in office or at the front of the boardroom, according to his research.

"Girls are facing biases from many sources, from teen boys, from some parents, and they are facing biases from each other," said Weissbourd. But here's the thing: Parents are there from the very beginning, and their influence has the ability to shape each girl's sense of self-worth before self-doubt takes over. In other words, their support and guidance means everything.

So what can parents do to reverse course? Weissbourd and his colleagues offer some pretty useful few tips in their report. Gender bias "can be a powerful — and invisible — barrier to teen girls' leadership," Weissbourd says in the report. "Yet parents and teachers can do a great deal to stem these biases and help children manage them."

1. Check Your Own Biases (And Your Words)

It's nearly impossible for you to go through life without harboring any biases at all. We're constantly bombarded by messages about what we should or shouldn't do as girls and boys, and men and women. But according to Weissbourd and his team, one of the biggest ways we can help keep them in check for our children (and each other) is to watch our words carefully.

"When we comment on how pretty girls look or how strong boys are, for example, we send messages about our expectations for kids based on their gender," the report suggests. "Use gender-neutral words like 'they' or say 'she' or 'he' when talking about people in the abstract. Say 'firefighter' instead of 'fireman' and 'police officer' instead of 'policeman.'"

2. Make Your Home A Bias-Free Zone

Kids start to notice the differences between boys and girls from a super early age, and a lot of this can start with the gender roles and expectations their parents are assigning to them. When it comes to things like chores, Weissbourd and his colleagues suggest switching things up, so that duties are equal, rather than divided.

"Proactively start conversations with your kids about how responsibilities get divvied up in your family," the report advises. "Talk about what is fair and balanced, rather than make assumptions about who does what based on gender." (Weissbourd and his team suggest things like chore wheels, for example.)

3. Kick Stereotypes To The Curb

Stereotypes run so rampant, we often forget how much they shape and impact children. The experts suggest brainstorming strategies with kids to help them identify (and eradicate) them early. "Talk together about the words they can use to speak up, and how those words might be different when talking to a friend or a stranger or a teacher, for example," explains the report. "Practice different responses and conduct role plays that help children find the right words. Help kids identify who their allies could be when they need more help in a difficult interaction."

This one's a biggie. Letting demeaning comments about girls fly happens way too often with boys. (Just walk the halls of any high school in America to see that in action.) According to the Harvard report, this usually happens when other kids or even adults are unsure of how to intervene. Experts advise parents to start calling out these kinds of behaviors as wrong, and speak to their sons about respect and honor early. Another tip: Rid phrases like "bad girls" and "good girls" from your vocabulary once and for all. On the flip-side, parents should also encourage their boys to be vulnerable, by asking them to discuss their thoughts and feelings on a regular basis.

And now for perhaps the simplest tip of all: The easiest way to ensure your daughter grows up with some seriously strong leadership skills is to foster them early. How to do this, though? Weissbourd suggests enrolling them in things like leadership programs and public speaking courses. If they're hesitant at all, start a conversation about what exactly they might afraid of and keep an open dialogue.

One thing's for sure: Employing any, or all, of these tips at an early age is bound to have a lasting, positive impact on any girl. So here's hoping they help bring us a brighter future one day — you know, one where we're finally seeing more female faces running for office, commanding boardrooms, or ruling the student council, like a total boss.

More like this
How To Fight For Reproductive Rights, Based On How Much Time You Have
By Courtney Young
34 Quotes That'll Inspire You On Juneteenth & Beyond
By Syeda Khaula Saad and Siena Gagliano
Juneteenth Is Now A Federal Holiday — Here's What That Means
By Lani Seelinger and Syeda Khaula Saad
The Families Of Grenfell Tower Are Still Waiting For Justice, Five Years On
By Bustle UK
Get Even More From Bustle — Sign Up For The Newsletter