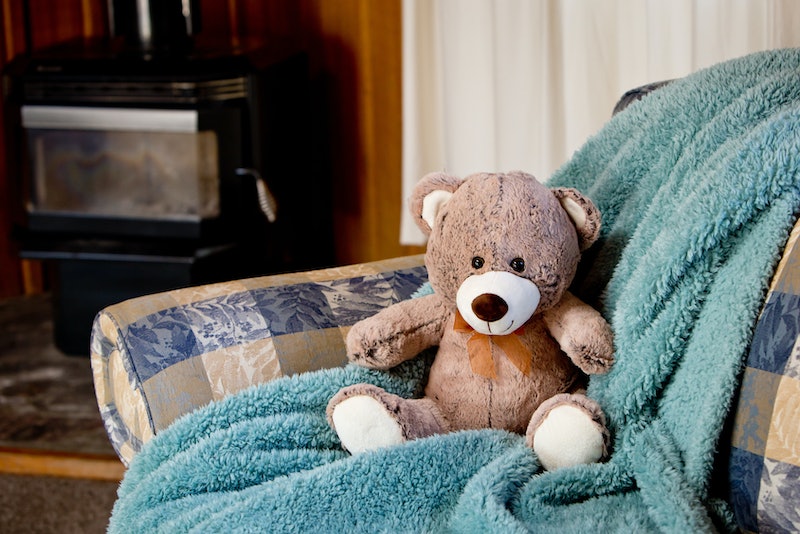 Thomas the Teddy Bear has always known that she is a girl teddy bear, not a boy teddy bear — and now she is using her experience to teach children about identity and the importance of friendship. A new children’s book, Introducing Teddy , tells the story of a transgender teddy bear who shares her true identity as Tilly with her best friend Errol, and is quickly accepted with open arms. The self-published book is being crowdfunded through a (now almost fully funded) Kickstarter campaign. Here's why you'll definitely want to help fund the rest:

Australia-based teacher, public servant, and mom Jessica Walton wrote Introducing Teddy after discovering there were few children's books available for her son that she felt reflected her own family. Walton, who is in a same-sex partnership herself, also has a transgender father. According to The Guardian, Walton decided to "write the book we wanted to read to our son" herself. Thus, Tilly the teddy bear and the subsequent Kickstarter campaign were born. According to Walton's bio on her Kickstarter page, this will be her first published picture book.

In the book, after Tilly comes out to Errol, and later Errol's cousin Ava, their friendship becomes even stronger. Errol assures Tilly that there is nothing wrong with her identity and that they should all go play in the park, as planned. According to an article in PinkNews, Walton said: “We felt that there must be more families out there with transgender grandparents, parents, aunts and uncles, siblings, cousins and friends who would appreciate a gentle, positive story with a transgender character.”

"Being transgender is not a problem," says Walton, in her seriously tear-jerking Kickstarter video, which is filled with her own family photos. "It's only a problem when society makes it one ... we can all do so much better." With 32 days left in Introducing Teddy's crowdfunding campaign, there's pretty much no doubt Walton's book publishing dream will become a reality.