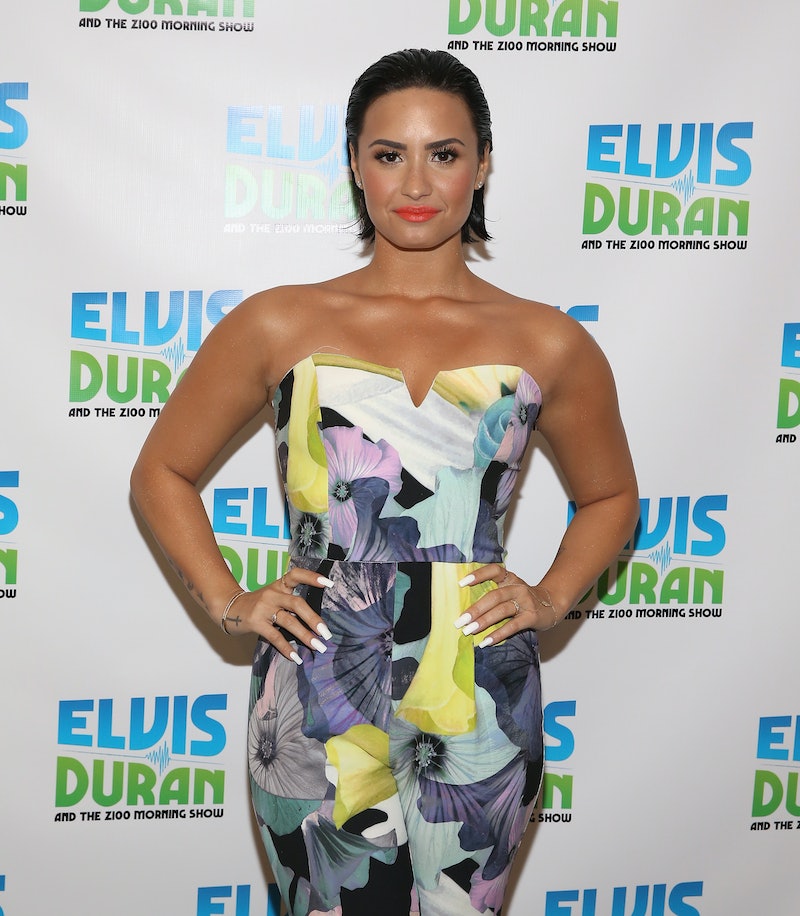 I am a dog lover, so when I got wind of the terrible fate that befell Demi Lovato’s late dog, Buddy, I was grief-stricken for her. From firsthand experience, I know how awful losing a little guy you love can be. So, you can just imagine my delight in finding out that the singer posted an encouraging Instagram update. As it turns out, Demi Lovato just got a new dog. Even better than that, though? He has the most epic moniker, because she named him Batman.

Is it possibly the best dog name I've heard? Perhaps. But the reason it’s so adorable is that the name actually fits the baby ball of fur perfectly. Sure, he’s cute and cuddly, which aren’t exactly Batman attributes, but there is actually a whole lot more to the puppy than meets the eye. When you take a closer look and really think about it, Lovato’s name for the new dog in her life is all the more appropriate. Especially, because Batman not only mirrors a bunch of the same named hero’s traits, but because he’s got a bunch in common with his debonair alter ego, Bruce Wayne, as well.

He Resembles The Dark Knight

With his beautiful black coat.

He Lives A Lavish Lifestyle

I guess he doesn't have an Alfred, but just look at the bling on Demi's hand.

He Seems A Bit Shy

Like the night dwelling Dark Knight, a secret identity would do him good...

In a quiet way. Look at that mug. I wouldn't mess with him.

He's There To Save The Day

As any pet owner knows, losing a dog can gut you. But, a furry guy like Batman can definitely ease the hurt.

More like this
Demi Lovato, Jessica Chastain & More Stars Celebrated The 4th Of July By Protesting
By Jake Viswanath
This Wi-Fi-Enabled Pet Feeder & Camera Gave Me Peace Of Mind On An Overnight Trip
By Danielle Calma
This Dog Food Is Not Only Super Healthy For Your Pup, It’s Also Better For The Planet
By A. Graham
If You Have A Dog, Trainers Say These 30 Clever Things Will Genuinely Make Your Life Easier
By Dena Ogden
Get Even More From Bustle — Sign Up For The Newsletter