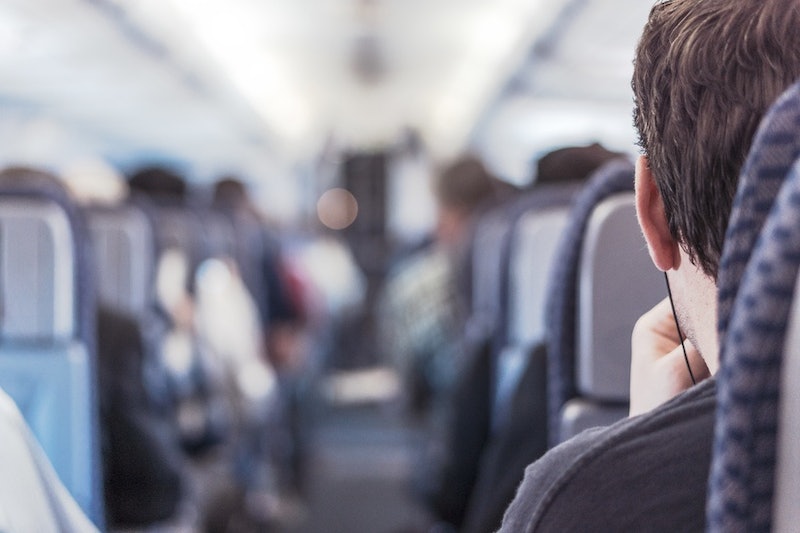 Today in Absolutely Horrible People Who Exist On The Planet: A woman who live-tweeted a breakup on a plane. Because, you know, people in pain is the height of hilarity. Without giving a second thought to the actual feelings of the couple involved, Twitter user Kelly Keegs went ahead and made a mockery of the real-life breakup happening a few seats away from her on her flight. Never mind that the boyfriend picked a very inopportune time to break up with his girlfriend; it's just lucky that there was a town wit on hand to document the whole thing and make jokes at the expense of the poor girl having her heart broken in public. If that wasn't awful enough, Keegs also took and posted unsolicited photos of the pair.

Being a human and having a social media account has transcended new levels of cruelty when we're mocking each other for having feelings. When online trolls become real-life trolls, we really should start questioning exactly how dehumanizing and desensitizing the Internet is. It's bad enough when we taunt celebrities, but when the lives of normal people (who never asked to be in the public eye) are broadcast across the web and become viral, we have to ask exactly what our priorities are — both as a culturally productive and socially empathetic community. Keegs' priority is apparently the 7,000 followers she allegedly gained from this breakup. Here are some of her tweets (excluding the first one, which has a picture of the couple), some of which have upwards of 4,000 likes and/or shares:

Because you know, everyone laughing at this poor girl has never, ever been hurt themselves.