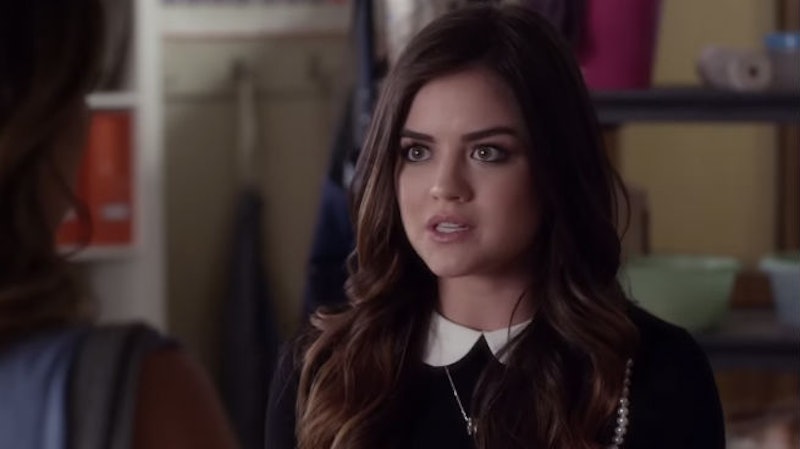 It's practically a given that fans are obsessed with Pretty Little Liars. It's completely understandable. After all, for five and a half seasons, we waited with bated breath to find out who is Big A. Of course, there's so many more unanswered questions in Pretty Little Liars , that our obsession is only growing. One side effect of watching the show is after awhile, you start to relate to the characters — a lot! It's not surprising that you might think you've got a lot in common with Aria Montgomery.

Played spectacularly by Lucy Hale, Aria is the most artistic of the Liars. She's a writer and a photographer with a flawless fashion game. Her most high-profile love interests on Pretty Little Liars include her long-term relationship with her teacher, Ezra Fitz, and when she dated her martial arts instructor, Jake. (Aria also kind of had a thing briefly with Noel Kahn, one of the show's more questionable characters.) She's known for being a caring friend and a protective big sister, even when A tried to shake up her life.

Lucy Hale has a lovely, down-to-earth quality that shines through in her portrayal of Aria. Think you can relate to the character? Here's seven times you totally channeled Aria.

1. Your Hair Game Was On Point

Even under duress, Aria's locks are always flawless.

2. You Had A Secret Relationship

Aria and Ezra kept their relationship a secret for a long time and gained a loyal following of #Ezria shippers.

3. You Rocked A Crop Top At Prom

Because of course Aria can pull it off.

6. You're A Fantastic Friend

Aria would go to bat for any of the Liars.

It takes a lot of guts to stand up to A, and Aria never backed down.