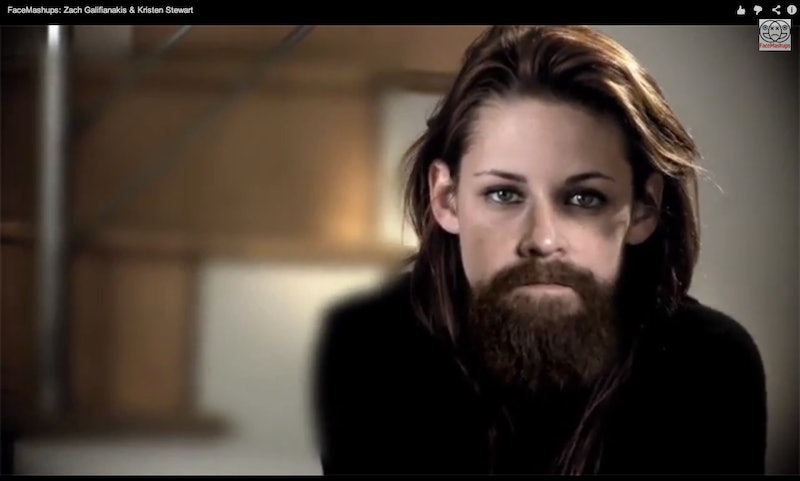 We know about NSA surveillance tactics, and we know Edward Snowden was behind the revelations—but did you ever wonder exactly who at The Guardian found and broke the story? That would be Glenn Greenwald, and you can read all about him here.

In Egypt, over 99 percent of women report some degree of sexual harassment. So, naturally, a male journalist posed as a woman for a day, and filmed the disturbing results. Watch a guy get catcalled in drag:

"My wife Alexandra and I met five years ago, fell in love, and almost immediately began fantasizing about our wedding day, which, we both agreed, should take place deep within an enchanted forest."

A K9 dog was injured while on duty in New York last week. In this adorable video, the hero dog is honored by his fellow K9s, who line the street as he leaves the animal hospital. You can also see a picture of him speaking into a broadcast microphone (well, by 'speaking' we mean 'animatedly licking') here.

This magic chopping board looks like an ordinary wooden board—but behind the initial scratchproof layer is a WiFi channel that allows you to find great recipes, measure portion control, and check out what's in your food. It's basically what would exist if an iPad had a love child with a chopping board.

In other "bro" news, apparently smartphones are making men appear more "emasculated" by, um, changing their brain chemistry via posture (which is affected by smartphone usage). Just read it, we can't explain how that works right now.

And with his latest edition of Lie Witness News, Jimmy Kimmel proves that Beliebers will support the star no matter what. Forever.