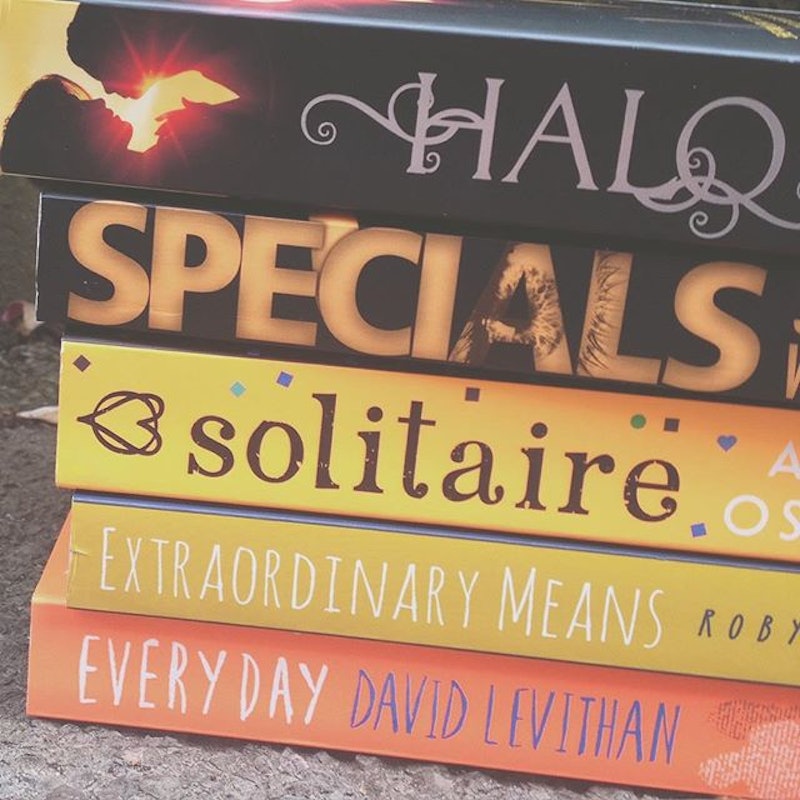 Great news, YA book nerds! Starting next fall, you can look forward to four new David Levithan books, published by Alfred A. Knopf Books for Young Readers. What's more, two of these upcoming titles are sequels to Levithan's previous novels, and two will be co-written with Rachel Cohn, who collaborated with Levithan on Nick & Norah's Infinite Playlist.

The first of the four, co-written with Cohn, is titled The Twelve Days of Dash and Lily. Fans will remember the eponymous couple's bookstore romance from the authors' 2010 collaboration, Dash & Lily's Book of Dares. Cohn is collaborating with Levithan on another of his upcoming books, Sam & Ilsa, which Mashable describes as "a stand-alone ... story about a set of twins who go to a fateful end-of-the-year party."

A third novel will be the sequel to Levithan's 2012 bestseller, Every Day. In August, Levithan published Another Day: a spin on the previous novel, retold by paramour Rhiannon. Now, protagonist A is back in an as-yet untitled sequel that will pick up where the other books left off.

The fourth Levithan novel is being kept secret for now, but there is a good chance that it, like much of the author's body of work, will deal with issues affecting LGBTQ youth. With so much to look forward to, I hardly care that details are sparse for now. Look for Levithan and Cohn's The Twelve Days of Dash and Lily when it hits store shelves in Fall 2016.