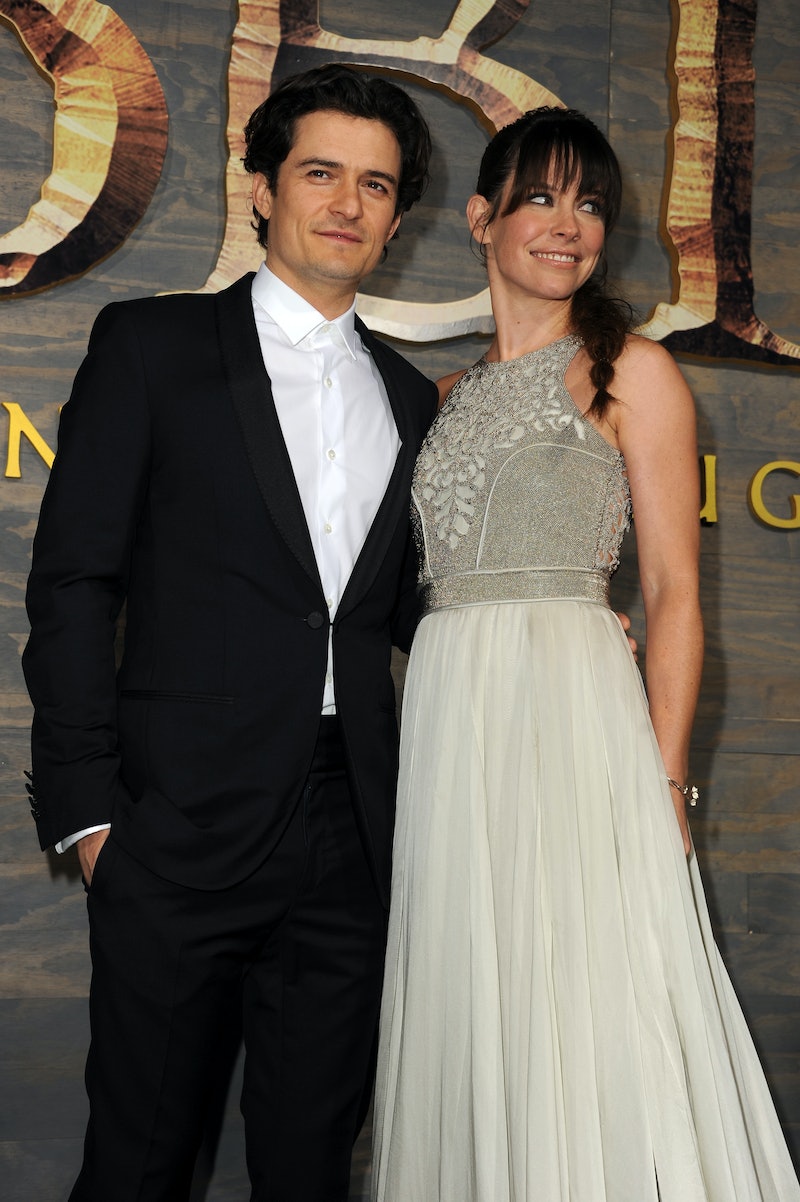 The Hobbit: The Desolation Of Smaug press tour is, arguably, more interesting than the movie itself. There are multiple reasons for this — including ones we're none too pleased about — but at least a small part of it is because we like looking at Orlando Bloom and Evangeline Lilly's faces, and we like it even better (sometimes; they have really good faces, y'all) when Orlando Bloom and Evangeline Lilly publicly bicker about on-set drinking stories.

It all started a couple of weeks ago when Bloom appeared on Chelsea Lately and told Lately about a "wasted" Lilly.

Now Lilly's responded in another interview with Lately:

He's the nicest guy but I hear he was here telling stories about me that weren't true! He changed the story, like he changed the whole story to a ridiculous degree — because I don't remember him being at the party!

So just in case you were wondering: Orlando Bloom is either very unobservant or else is just totally that guy who will exaggerate your drunken night out with him to make it slightly more legendary.

And once again we spend another day sad that we never got in on those rocking Tolkein cast parties.

More like this
Eva Mendes Just Claimed Ryan Gosling’s “Ken” Underwear
By Rachel Mantock
At 28, Emma Thompson Was Already A Star — But Unhappy In Love, Actually
By Olivia-Anne Cleary
You Might Want To Rewatch 'Elvis' For This Britney Spears Easter Egg
By Grace Wehniainen
Everything You Need To Know About The 'Knives Out' Sequel
By Grace Wehniainen
Get Even More From Bustle — Sign Up For The Newsletter