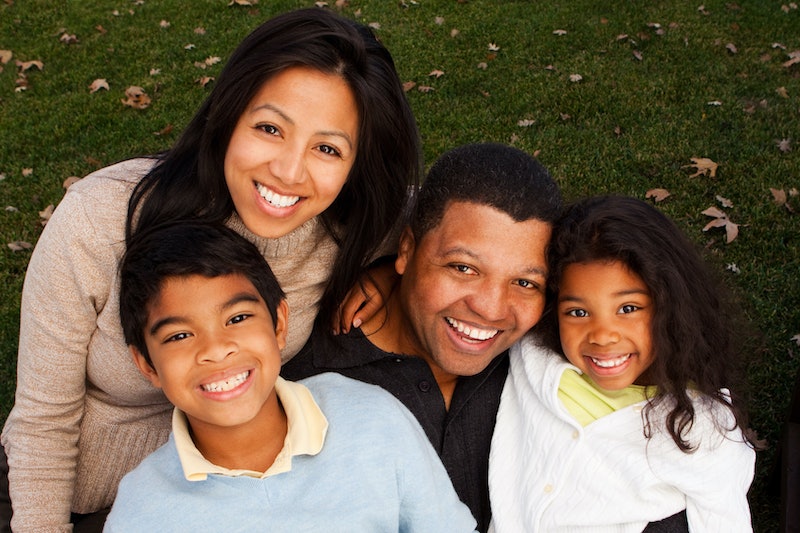 People of more than one race make up a large and growing part of America's population, but our society's often rigid racial understandings mean that America isn't always the best at recognizing or representing them. Combatting this ignorance, however, is a new hashtag: #BiracialLooksLike. The best people to represent a community are always the community themselves, and the results of the hashtag campaign beautifully highlights what it's like to be biracial, multiracial, and/or multicultural in the United States.

As of this year, a total of 6.9 percent of the American population say that they have more than one race in their background, based on the race of both parents and grandparents. In 2013, 10 percent of all babies were of mixed race. And it seems the majority of people with a mixed racial background are proud of their heritage. Still, representation of mixed-race people in media can be sparse — not that media representation of people of color in general is great, either. But biracial and multi-racial people still exist and deserve to be celebrated.

So one biracial Twitter user, Jaya Saxena, decided to try creating a project: A Twitter hashtag called #BiracialLooksLike. "Among many biracial/multiracial people I know, there is anxiety over whether we look enough like what we 'are,'" she explained on Twitter. "I want to show, and for everyone to know, that there is no one way for biracial to look."

Before long, biracial people were chiming in photos and experiences. And the results were beautiful.

See more by following the hashtag #BiracialLooksLike on Twitter.