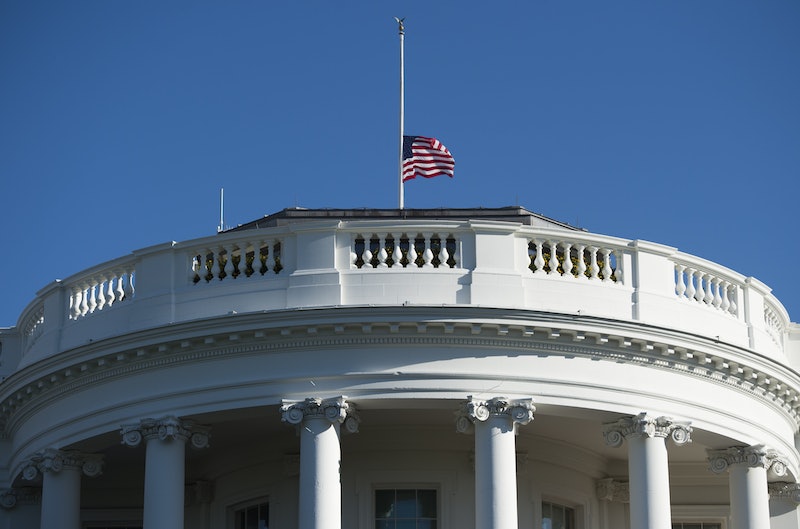 On Wednesday afternoon, Reuters reported that the White House is on lockdown. According to witnesses, the White House went on lockdown after President Obama left the area, meaning he's not on the grounds. The Secret Service has said that the reason for the lockdown is an unattended package found in nearby Lafayette Park. During a lockdown, no one is allowed to either leave or enter the area.

According to Secret Service spokeswoman Nicole Mainor, who spoke to Reuters, bomb technicians and the Washington, D.C., fire department were called to investigate the package.

The White House recently experienced some scares earlier this year. In June, a press briefing was evacuated after the Secret Service interrupted the event and asked everyone to leave the area. According to the Secret Service at that time, the briefing was evacuated because of a bomb threat that had been called in via telephone specifically regarding the press briefing room. Earlier that same day, another evacuation had taken place at the Dirksen building at the Capitol because of bomb threats and suspicious packages. All clears were soon given, and it was never determined whether the two incidents were related.

As for the current lockdown, what is in the unattended package has not yet been discovered.

This story is developing, please check back for updates.