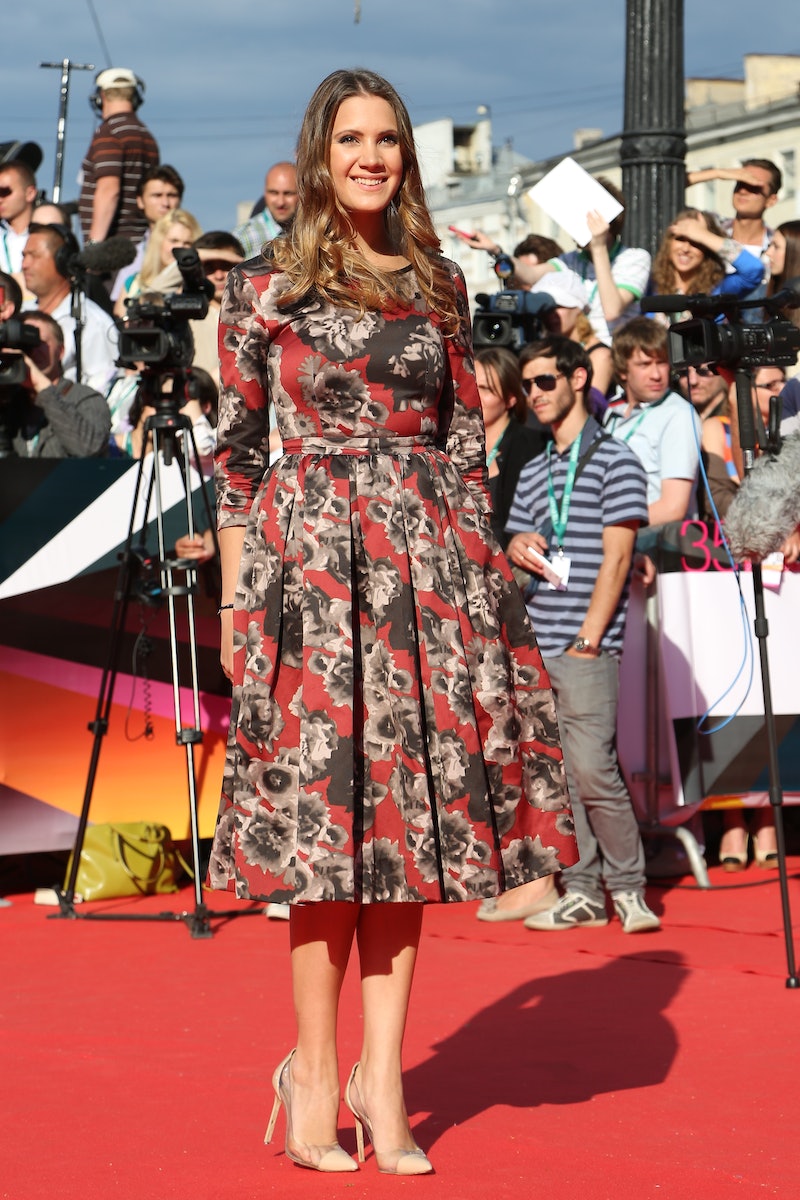 Raise your right hand if you remember Kira Plastinina. OK, I don't see anyone raising her hand, so here's a refresher. She's daughter of a Russian orange-juice oligarch, who, at a tender age 15, launched her own namesake line back in 2008. Now I'm seeing some hands raise! Then surely you remember how her stores shut down after less than a year of being open, and how she had to file for bankruptcy. Plastinina's team blamed the recession, but critics also pointed to shady business dealings, like not paying employees or contractors, which is, you know, something you should probably do in a successful business.

Now, Plastinina is re-emerging in the American market with her line LUBLU, which has already existed successfully in Russia and the Middle East for a little over five years. Plastinina tells Refinery29, "The LUBLU collection sits at a new designer price point, allowing myself and the team to showcase the brand quality and my continued growth and maturing as a designer...I do see why some people could question my commitment, but I’ve never really left the fashion industry and my time focusing on my studies and personal life have allowed me to rediscover my passion as a designer."

Photos from LUBLU prove that Plastinina's new designs are infinitely more mature than the lollipop-inspired (yes, really) dresses she sold back in 2008, but are less-ridiculous designs enough to guarantee success? Plastinina is entering an overly saturated marketing, and no longer has what used be her biggest selling factor: youth. Sure, 21 isn't old, but she's no wunderkind anymore. Part of her appeal was that she was just a kid (granted, a kid with tons of adults behind her), but she's no longer "the youngest person in fashion," as the New Yorker once referred to her.

Still, Plastinina has already gotten some major fashion heavy hitters to support LUBLU. The Man Repeller's Leandra Medine, Nasiba Adilova, Miroslava Duma, Candice Lake, and Dannijo are all brand ambassadors, and have been photographed wearing pieces from the line.

In order to succeed, Plastinina will need to completely divorce herself from the teenager she was back in 2008, and really get to work this time around. Best of luck, kiddo. Um, I mean, young woman.