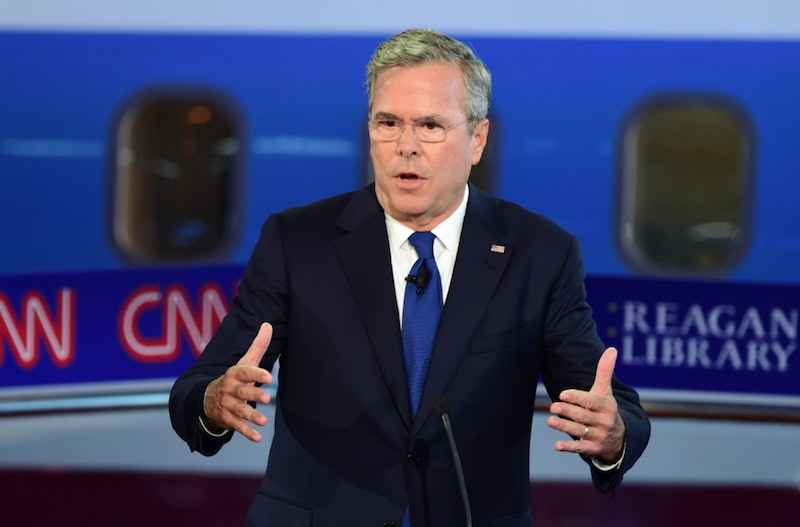 During the second GOP debate Wednesday, one of Jeb Bush's most obvious disadvantages — his last name — inevitably came up, and the moderators directly asked him about the crossover between his, his brother's, and his father's advisers. Bush responded like he usually does by saying that he's his "own man." Insults about his family didn't only come from the moderators though, as Donald Trump criticized how George W. Bush handled 9/11 and the Iraq war, claiming that his presidency was a disaster and allowed President Obama to be elected. Bush defended his older brother, saying he kept America safe, but Twitter was confused by Bush's defense of George W.

Trump responded to Bush's defense of his brother by asking: "Do you feel safe right now? I don't feel so safe." Rand Paul then jumped on the anti-Bush bandwagon, criticizing the 43rd president's track record in Iraq, but Bush continued to stand up for his brother and instead blamed President Obama for removing American troops from Iraq too early.

Twitter users were confused by Bush's "he kept us safe" defense of his brother's actions after 9/11 since the tragic 2001 terrorist attacks took place while George W. was in office. Here's what people had to say.