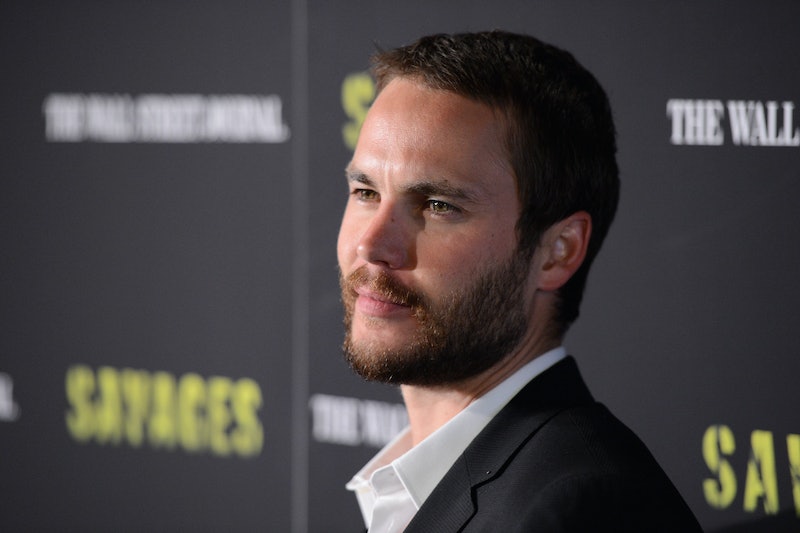 Prepare your Tim Riggins-loving hearts, folks: Tim Riggins is single. Or, rather, Taylor Kitsch is single, and he'd probably hate it that we can't stop calling him Tim Riggins. But it's OK, guys, because his heart was healed by sport, so your dreams are safe. Kitsch is making the rounds right now promoting his upcoming film Lone Survivor , and he spilled a few things about his personal life in a recent interview with Man Of The World — including the fact that he's recently been suffering from a broken heart. "I'm not getting married next year, I'll tell you that much," he said to the magazine.

Hockey's like therapy for me. I went through a terrible breakup a while ago and it was the one thing that allowed me to actually not think about it for an hour-and-a-half.

It's OK, Taylor Kitsch — we forgive you for for crushing our dreams for that Friday Night Lights movie. Even if you've replaced hardcore Texan football with the most Canadian sport of all time. We feel ya.