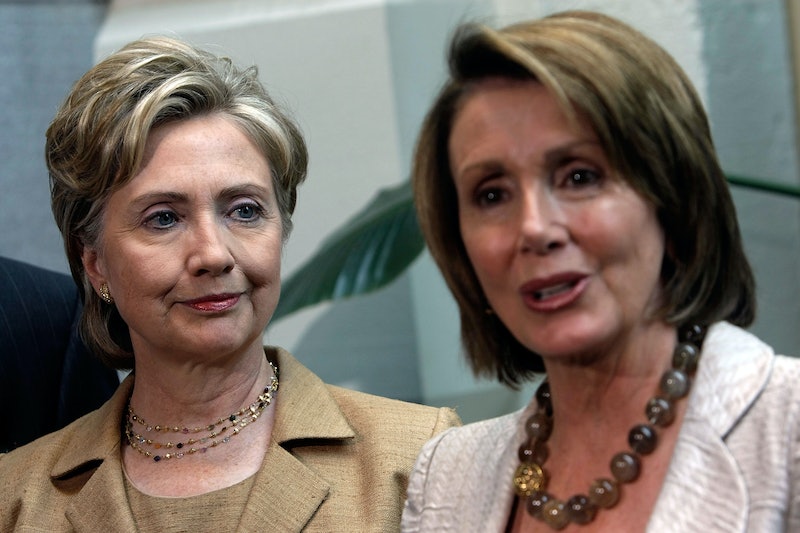 In a USA Today interview Thursday, House Minority Leader Nancy Pelosi said she thinks Hillary Clinton would be elected president if she ran in 2016.

"There's a great deal of excitement about the prospect that she would run. We don't understand why she wouldn't," Pelosi said in the interview.

Although Pelosi claims she isn't making endorsements yet, it's hard to imagine who she would support after the interview.

"If Secretary Clinton were to run, and we think if she ran she would win, I believe that she would be the best prepared person to enter the White House in decades," Pelosi said.

Not everyone is as enthused with the possibility of Clinton running, however—we're already hearing some of the same too many Clintons backlash that brewed in 2008. StopHillary2016.org was launched to raise contributions to "prevent Americans from ever having to see another Clinton in the White House."

And now to the crowd: Twitter has been active with the idea of Hillary 2016, even before Pelosi's comments. Several Twitter handles have popped up in support of Clinton, including @ClintonFor2016 and @ElectHillary. There's also @Hillary2016, which seems to have been created in the hopes that Clinton would buy the handle if she runs ("Hi Hilldawg let me know if you wanna buy this ^ ^"). The account was impressively created in 2009. What a prediction.

But what about the rest of Twitter? Some thoughts on Hillary 2016 below:

And whether you support her or not, this is probably the most eye catching.