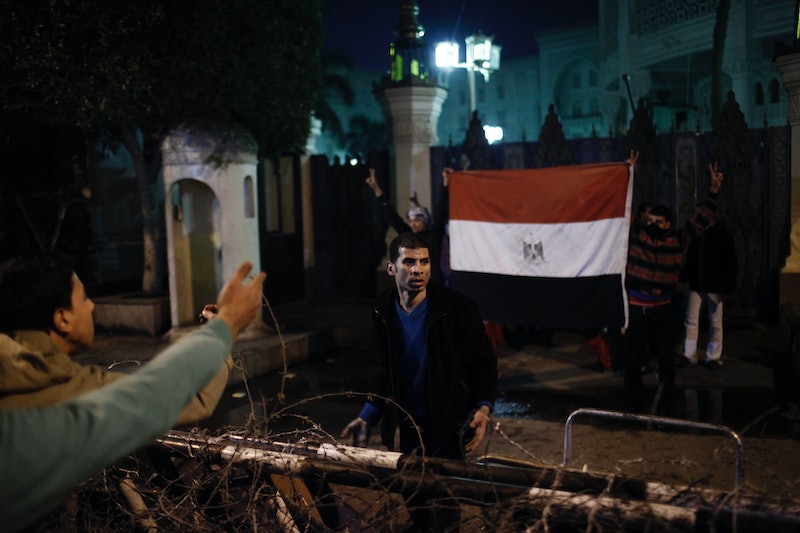 According to the health department, one person is dead, and at least 85 others are injured following clashes between Egyptian President Mohamed Morsi's supporters and opponents Friday.

Earlier Friday, thousands of anti-Morsi protesters marched toward the Muslim Brotherhood headquarters, where up to 1,000 supporters of President Morsi were stationed. According to an Associated Press cameraman at the scene, fighting broke out when a member of the Brotherhood fired birdshots on the marchers. Protestors later broke into the headquarters and torched it.

Whether the victim was a protestor or a member of the Brotherhood is not yet known.

Many fear bigger and bloodier battles will come on Sunday, the anniversary of Morsi's inauguration. Opposition protest leaders say millions around the country plan to join the protests.