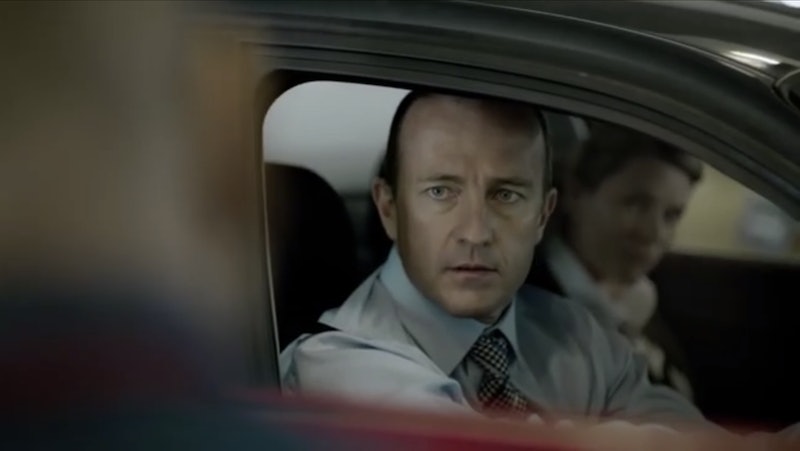 A 2012 video from an Auckland YWCA campaign for equal pay has just resurfaced, and it's pretty awesome. While all the research backing equal pay is absolutely necessary, it's nice to know it just boils down to common sense, as the video from the major women's organization shows. And, let's be honest, the giggles this ad gives you won't hurt.

In the video, a man drives up to a parking attendant who charges him $11. When he protests that this is not the advertised price, the attendant explains that he's paying a dollar more than the regular $10 "because [he has] a penis."

In New Zealand, women on average are paid 10 percent less than their male counterparts. The ad was part of a YWCA campaign trying to get the Pay Equity Bill introduced in Parliament.

In the U.S., the situation isn't any better. Women still receive an average of 77 cents for every man's dollar — this is in the same profession, or even in the same company.

We still need to spread the word internationally and at home to work toward eliminating the wage gap. In the meantime, we're packing our bags to head over to an equal-pay-friendly city like Boston.

More like this
Iran Has Issued A Death Sentence Over Mahsa Amini Protests
By Catharina Cheung, Darshita Goyal and Maxine Harrison
MOBO Awards Found Kanya King On The Woman Whose Grit & Determination Spur Her On
By Kanya King
Amanda Gorman Shared A Powerful Message On Meghan Markle’s Penultimate Podcast
By Darshita Goyal
Wimbledon Alters All-White Kit Rule Amid Candid Period Discussions
By Catharina Cheung and Rachel Mantock
Get Even More From Bustle — Sign Up For The Newsletter