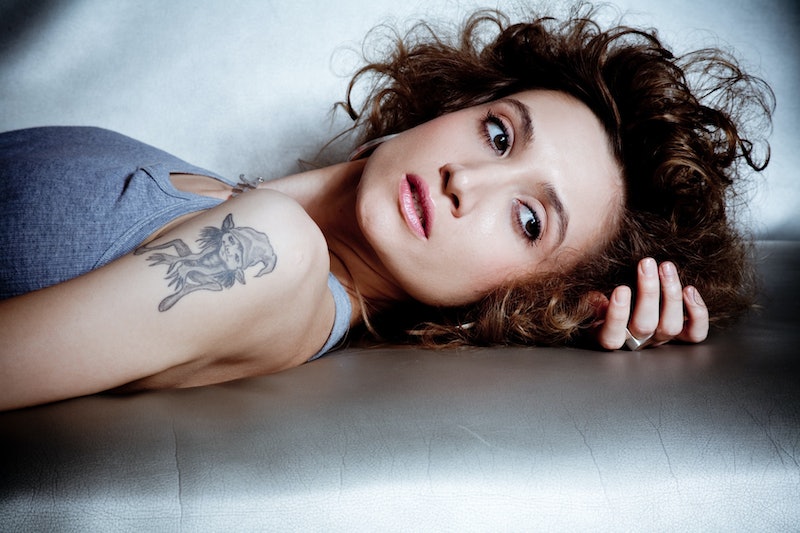 Misconceptions about feminists are everywhere. Whether we're all lesbian man haters, unrepentant baby killers, or devil-worshipping witches, the deluge of misinformation about the movement would be funny if the repercussions weren't so dead serious. As a sub set of feminism, sex-positive feminism also has a unique set of misconceptions that pervert its message (and not in a good way). Unfortunately, you'll even find feminists misunderstanding its goals, despite the fact that a lot of sex positivism has infiltrated mainstream feminist discourse over the past twenty years.

Today, many of the same debates rage on, particularly when it comes to sex work, but for the most part, feminists are at least behind the principle that it's a human right to safely and consensually explore your sexuality as you see fit. That said, there's still a boatload of bad press out there about the sub-movement. Here are seven myths about sex-positive feminists that we need to dispel, stat.

1. Sex-Positive Feminists Are All DTF

We may be perpetually preaching the sanctity of sexual expression, but that does not mean we want to necessarily express it with you.

Some of us do, and some of us don't, but above all we recognize that the term has different implications based upon race, class, and cultural background.

3. Sex-Positive Feminists Think That The Higher Your Sex Number, The Better

First of all, let's stop being obsessed with this number business shall we? Your skill in the sack and worth as a human being have nothing to do with how many people you've screwed. Sex-positive feminists know this, and while we may celebrate having as many partners as we desire, we also celebrate being sexually selective — and even asexual — too.

5. Sex-Positive Feminists Are All Cigender Women

Feminism is a movement that supports cis, trans, and gender non-conforming folks, and sex-positive feminism does, too.

6. Sex-Positive Feminists Are All White Women

Sex-positive feminism and feminism in general have a long way to go to recognize and represent the myriad ways intersecting forms of oppression impact women of color. That doesn't mean that all sex-positive feminists are white, though. On the contrary, some of the most vital voices in the movement come not from privileged white women but from women with far more diverse lived experiences.

Some of us are, some of us aren't. But if you are, a true sex-positive feminist would never judge you for it — in fact, we'll celebrate your choice to engage in kink, like in any other safe, consensual sexual practice that turns you on.