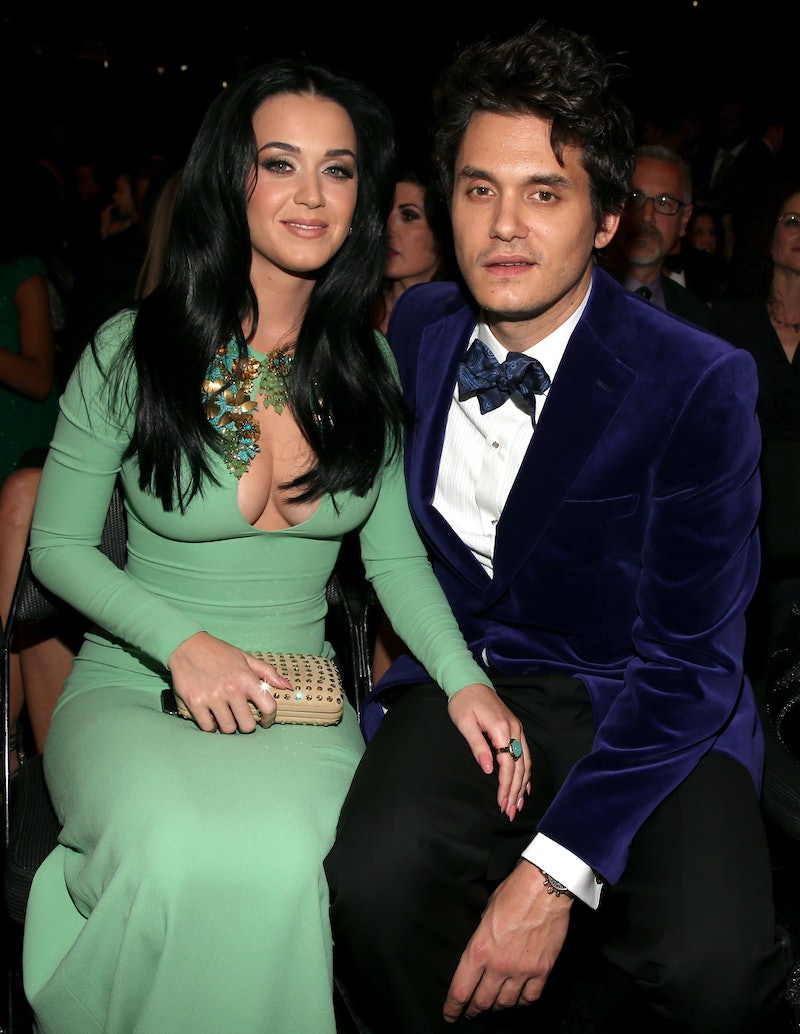 Honestly, this doesn't sound terribly diva-ish to me. Sure, maybe Katy Perry doesn't need 12 kinds of snacks when she stays in hotel rooms, and maybe she doesn't need six kinds of beverages — but hey, why not? She's Katy Perry. If she asked for a cronut from Dominique Ansel Bakery at midnight, she'd probably get it. Don't hate the player, hate the game, etc., etc. But in any case, Life & Style is claiming to have gotten a hold of Katy Perry and John Mayer's "diva" demands for hotels, and they apparently include some super expensive scotch, and, randomly, a director's chair.

Mayer's requests aren't much: Apart from the bottle of Lagavulin 16 that he requests upon arrival, the only other things on his list are soda, water, and a fruit plate. Perry's are a little more substantial, but again, not as wacky as Life & Style makes them out to be:

But that’s nothing compared to Katy, 29, who out-divas her boyfriend by requesting nearly two dozen snacks — including a bowl of ranch dressing! — six different beverages, a director’s chair, a wardrobe steamer, and a full-length mirror. She also requests a Keurig or Nespresso machine with an assortment of K-Cups, dried mango slices, two kinds of hummus, green and chamomile teas, almond milk, and tortilla chips made out of flax seeds.

Celebuzz has the celeb couple's full list, in case you're absolutely dying to know. Now... raise your hand if you know you would absolutely be more demanding that these two stars if you were in their position of fame.