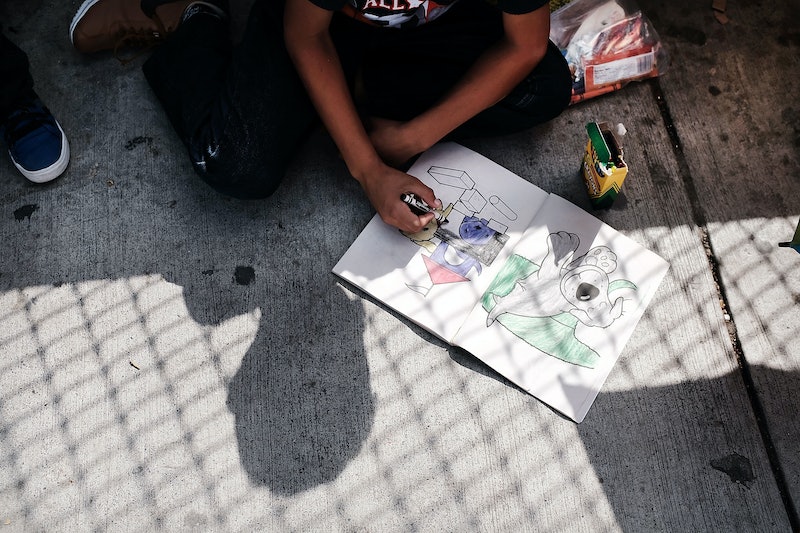 If watching Cinderella as a kid didn't make you want to be the princess herself so much as the artist who brought her to life, Disney is officially making all your dreams come true. Disney Research's 3-D coloring books are in the works to make it seem like we, too, can bring our drawings to reality, just like Disney animators have done for generations. The only sad news is this app technology can't be in our hands right now, as it's still in the research phase.

According to Disney Research's report "Live Texturing of Augmented Reality Characters from Colored Drawings" — which, really, is just a fancy way of saying "making animated drawings" — the research team hopes to influence the next generation of childhood imaginations by combining a traditional activity like coloring with the digital enhancements kids have come to expect from their gaming system and tablets. "Augmented reality," as the report calls it, changes the way kids consume content. Rather than passively becoming absorbed in our digital worlds — Netflix binge, anyone? — these 3-D coloring books allow kids (and frankly, we adult coloring book aficionados will be doing this, too) to challenge their creativity with active digital use.

So, what does this look like in practice? Disney produced a video so we could see the theoretical 3-D coloring book app and what it could do:

An elephant whose pants you color in is suddenly dancing around on your iPad. An octopus you doodle in an ombre pattern squiggles around. With the major adult coloring book trend popular right now, it's not hard to see this technology could be used to make Johanna Basford's flowers blossom before your eyes and vines wind up and down a castle. Living in the future, people.

And who knows? If and when 3-D coloring books hit the mainstream, they could launch a young girl into aspiring to draw and animate the next Frozen.