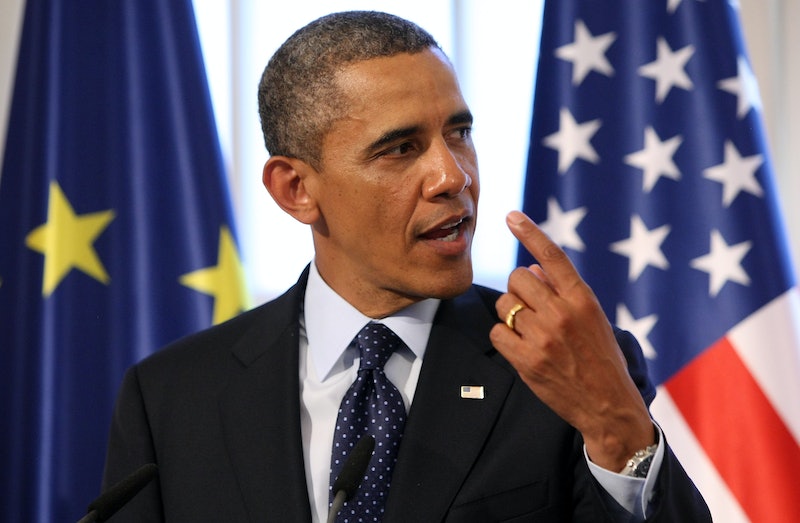 According to a top-secret NSA document cited by Der Spiegel, a German magazine, the U.S. has been keeping a seriously close watch on Germany. So close, in fact, that the surveillance on Germany is cited as stronger than on any other member of the European Union—and is in fact more similar to that of China and Iraq.

Apparently, the NSA would monitor over 20 million German phone calls on any given day. And on the busier days? The number could rise to about 60 million.

The document apparently classified Germany as a "third-class" partner, adding that, "We can attack the signals of most foreign third-class partners, and we do it too." Probably the wrong time to boast.

On Saturday, EU officials were furious when Der Spiegal reported that—according to another top-secret NSA document from September 2010— the U.S. had spied on official European Union offices, and had even been able to listen into phone conversations and access emails. Some EU officials have even called for an end to talks over free trade agreements between the EU and the U.S.

Justice Minister Sabine Leutheusser-Schnarrenberger told The Associated Press on Sunday that "if the media reports are accurate, then this recalls the methods used by enemies during the Cold War."

These revelations follow growing concerns over the extent of the NSA's surveillance, both domestic and international, which were sparked by the now-infamous leaks of ex-government contractor, Edward Snowden.

Snowden is currently in the transit area of Moscow airport, having left Hong Kong last week in an attempt to seek asylum in Ecuador.

Unfortunately, he has had his U.S. passport revoked, and Ecuadorian President Rafael Correa is seeming less and less interested in helping him out—Correa recently declared his embassy-issued travel document invalid, adding that he would only consider an asylum request if and when Snowden reached Ecuador. Which kind of puts Snowden in a Catch-22.

"The situation of Mr Snowden is a complex situation and we don't know how he will solve it," Correa said at a press conference on Friday.

Yep, that pretty much sums it up.