The Darwin Sect, an organization founded by two people in Brussels, is creating a tank that will allow you to keep jellyfish at home. It's called the Darwin Tank, and it's an entirely new aquarium concept that can also function (with fewer nuts and bolts) as a home to insects. Whether you're a science buff or simply a Finding Nemo fan, you will absolutely love seeing these jellyfish floating around in their modern art-like tank. Of course, if you're anything like me, you'll end up with the "Just Keep Swimming" song stuck in your head, and thinking fondly of Ellen DeGeneres. But then you'll get back to the video on Darwin's Sect's Kickstarter page, and continue to be enthralled by their product.

The bell shape of the aquarium has a unique magnifying effect such that when a jellyfish hits the top of the glass and bounces off, it ends up looking like a large droplet of water. The transparency also allows interesting color effects during the day, as light bounces off the aquarium, and the walls of the room. When the aquariums house insects, like butterflies, they're really stunning.

Be Honest, How Much Do You Want This In Your Living Room?

The contraption is a 19th century bell glass, with crucial modernizing changes, and the glass is specifically made to accommodate a certain amount of water pressure. Additionally they had to create the "Stream Maker," as a workaround for the filter that would risk sucking in the jellyfish.

Here Are The Jellies Loving Their Lives In The Darwin Tank

They look pretty darn serene to me. Watch their video, and learn more about their cause on their Kickstarter page. 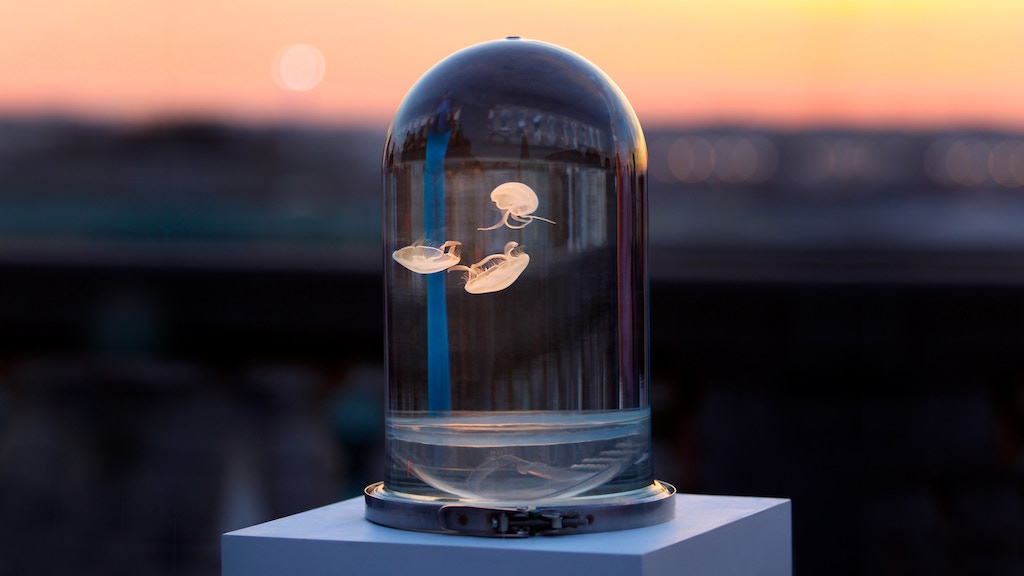