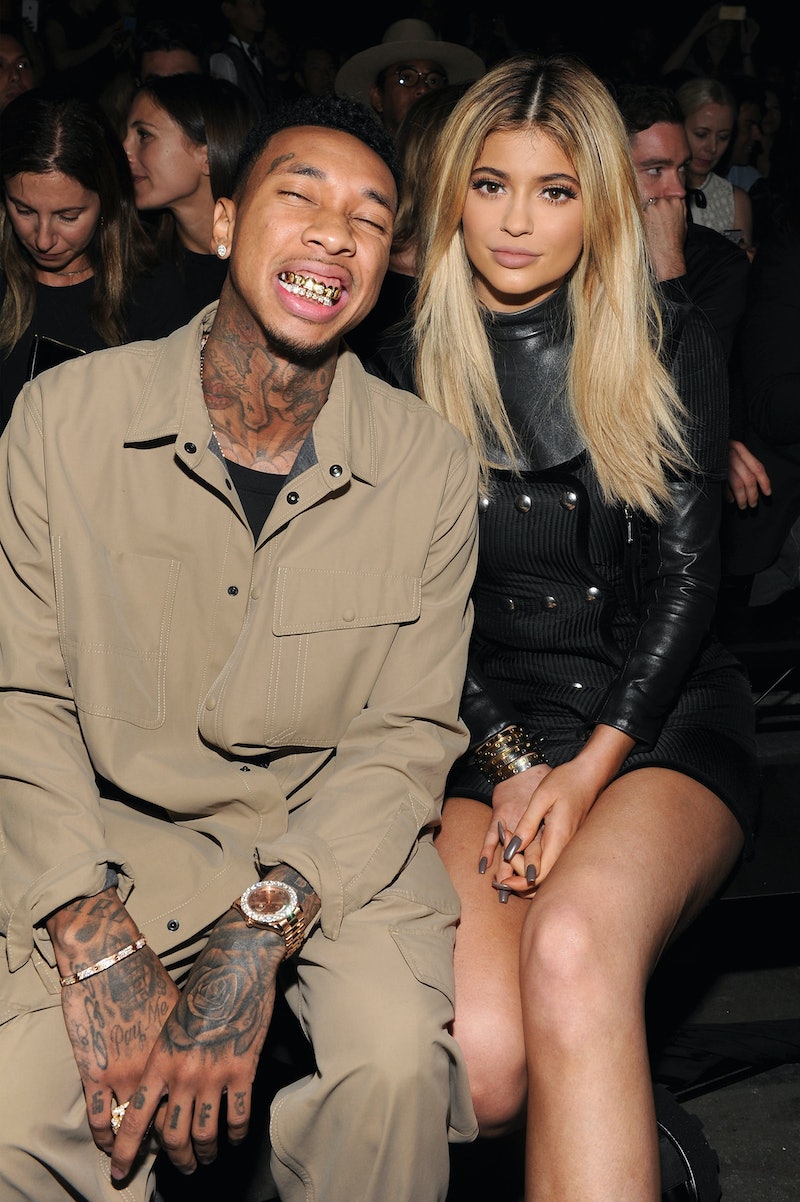 If you're not already following Kylie Jenner on Snapchat, what are you waiting for? Through short videos, the 18-year-old shares glimpses into her glamorous life, while simultaneously making all of us feel like we're right there with her. Essentially, it's the closest most of us will get to being friends with Jenner. From the recent Balmain party to casual movie nights with her boyfriend, we get a behind-the-scenes look into it all. Oh, and if you're a fan of animals, there are plenty of dogs! Most recently, Kylie Jenner shared footage of a bulldog named Rolly, who apparently costs $50,000, according to a price tag she wrote on one photo.

Outlets like TMZ and Us Weekly are reporting that it's the latest pup to join the Jenner clan, which already includes three dogs — Norman, Bambi, and Sophia. Rolly is a Merle English bulldog and completely covered in super cute spots. TMZ reports that the dog was a gift to Kylie Jenner and Tyga from Jeremy Greene, who founded an app called PingTank. Why don't people give me dogs as thank-you gifts? Definitely jealous of Jenner for this one.

According to the reality star's Snapchat story, Rolly is already making himself right at home. There's footage of him running around and chewing on his harness. Tyga even shared an Instagram with the pup, who's already a pro at taking selfies. It's safe to say that Rolly will fit right in with the couple.

Because I'm sure you're dying for more Rolly footage, check out the video that TMZ compiled from Jenner's Snapchats.