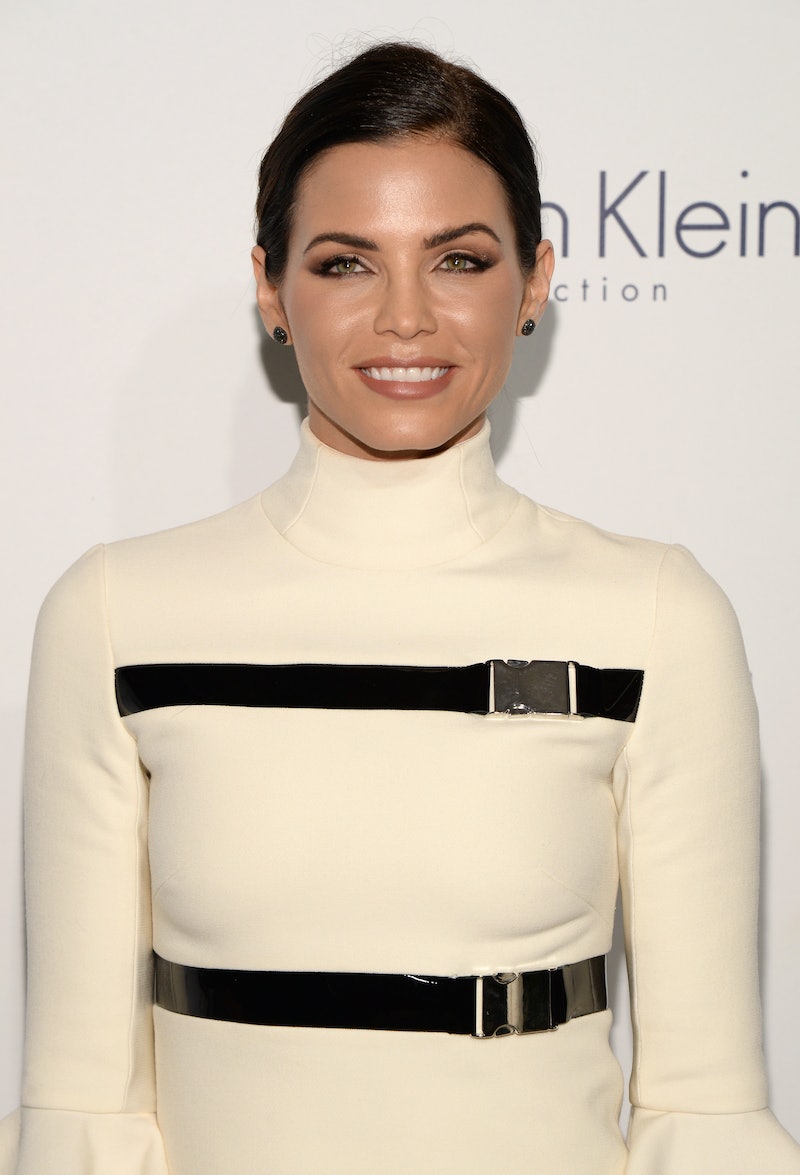 After a very long and agonizing wait, CBS' highly-anticipated new drama Supergirl is premiering Monday night. Like fans, the cast of the show is excited for the series premiere and to see Glee actress Melissa Benoist take on Supergirl, aka Kara Zor-El. In particular, Jenna Dewan Tatum is celebrating Supergirl in an amazing way.

On Monday, the actress, who plays Lois Lane's sister Lucy Lane on the series, tweeted, "Tonight's the night!!! Premiere of @supergirlcbs !! This house is very excited." The tweet also included a photo of her daughter, Everly, and their dog. What makes the photo so wonderful is that both Everly and the dog are wearing capes and running through the yard. Not only is it beyond adorable, but it also shows that Supergirl is doing great things for young girls and women everywhere — before it's even aired.

Both the series and Benoist are helping to redefine what a superhero is. A superhero isn't defined by someone's gender, but rather their actions and abilities to do good for others. Like Benoist told Entertainment Tonight, "It doesn't matter that she's a girl. That's not what you're going to remember her for. She's so brave, and inspiring, and hopeful and that's what is most important."

You might first look at Dewan Tatum's photo and think, "That's so cute," which it most definitely is. But, Everly wearing a cape proves that shows like Supergirl are letting little girls know they, too, can be superheroes. No more will girls have to wonder, "Why can't I be a superhero?" thanks to characters like Supergirl. How powerful is that?

More like this
Every Horror Movie Reference In The 'PLL: Original Sin' Premiere
By Alyssa Lapid
Netflix Just Rebooted A Classic ‘90s High School Drama
By Maxine Harrison
You Can Now FaceTime With 'Bridgerton's Regé-Jean Page
By El Hunt
Does 'Locke & Key’s Ending Mean There Could Be A Season 4?
By Sophia Moore
Get Even More From Bustle — Sign Up For The Newsletter