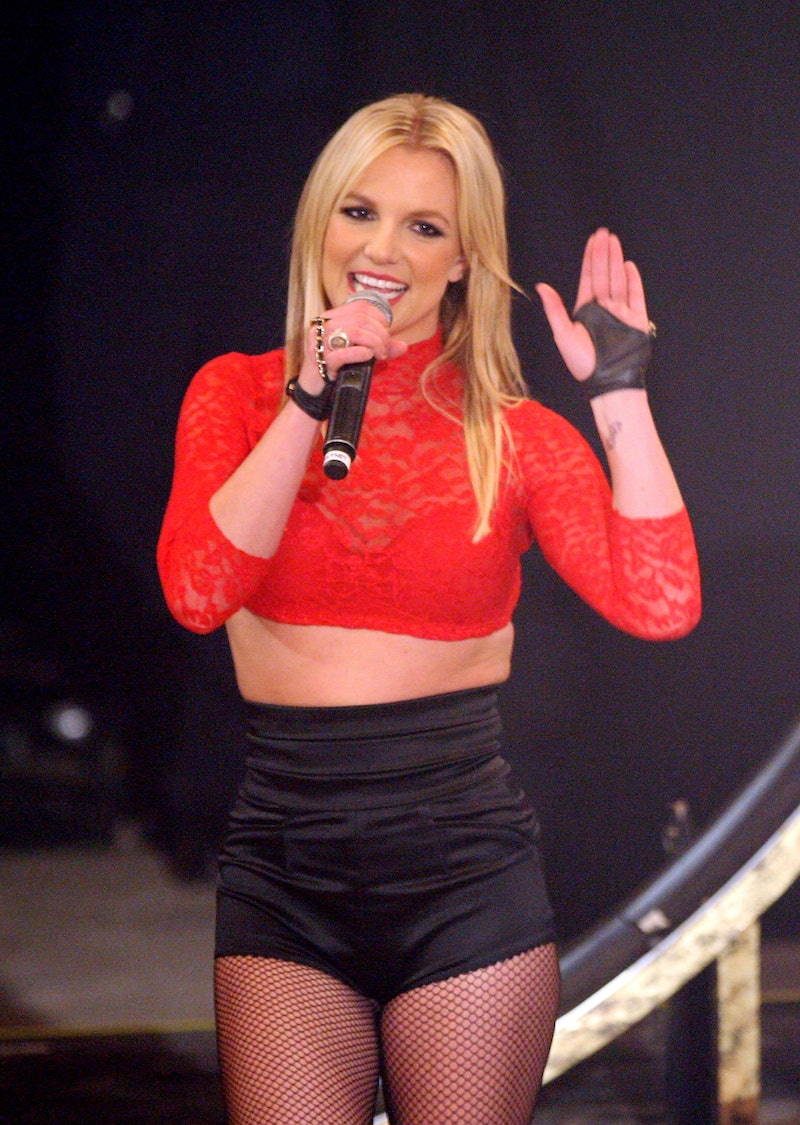 Seven years ago this past Sunday, a major milestone occurred: "Womanizer" by Britney Spears snatched back the pop music crown. A brief history lesson: On Oct. 18, 2008, "Womanizer" joined the Billboard Hot 100 chart party. Though it debuted at #96, the song did not spend much time hanging out at the bottom of the list: As Billboard points out, Oct. 25, 2008 was the day “Womanizer” secured a spot at the top of the Hot 100 list. Just one week after it was added to the BillboardHot 100, the first single off of 2008's Circus was the number one song in the country. This whirlwind ascent broke the Billboard chart jump record.

Let us imagine a world where “Womanizer” had not gone from 96 to one real quick, but gradually made its way to the top of Billboard Chart Mountain. This would still be a really big deal. You may think a number one single would be old hat for Godney Effin’ Spears. You may assume the Crossroads star had ruled the Billboard Hot 100 at least a dozen times before '08. Well, why don’t you go ahead and wrap your noggin around this piece of mind-boggling information: “Womanizer” was Spears’s first number one single since 1998’s “…Baby One More Time.” Britney Spears had not had a number one hit in nearly a decade.

Yes, you read those words correctly. Somehow, objectively perfect works of art like “I’m a Slave 4 U,” “Toxic,” “Oops!… I Did It Again,” “Piece Of Me,” and “Me Against The Music” never reached the top spot. It doesn't compute, right?

Like, in what universe was this not a number one hit:

The answer: our universe, apparently. Needless to say, our universe screwed up. But you know what? The universe did not screw up when it dubbed "Womanizer" the number one song in America.

Happy seventh anniversary to "Womanizer" and the BillboardHot 100. May you both enjoy the very best square sunny side up eggs the universe has to offer.