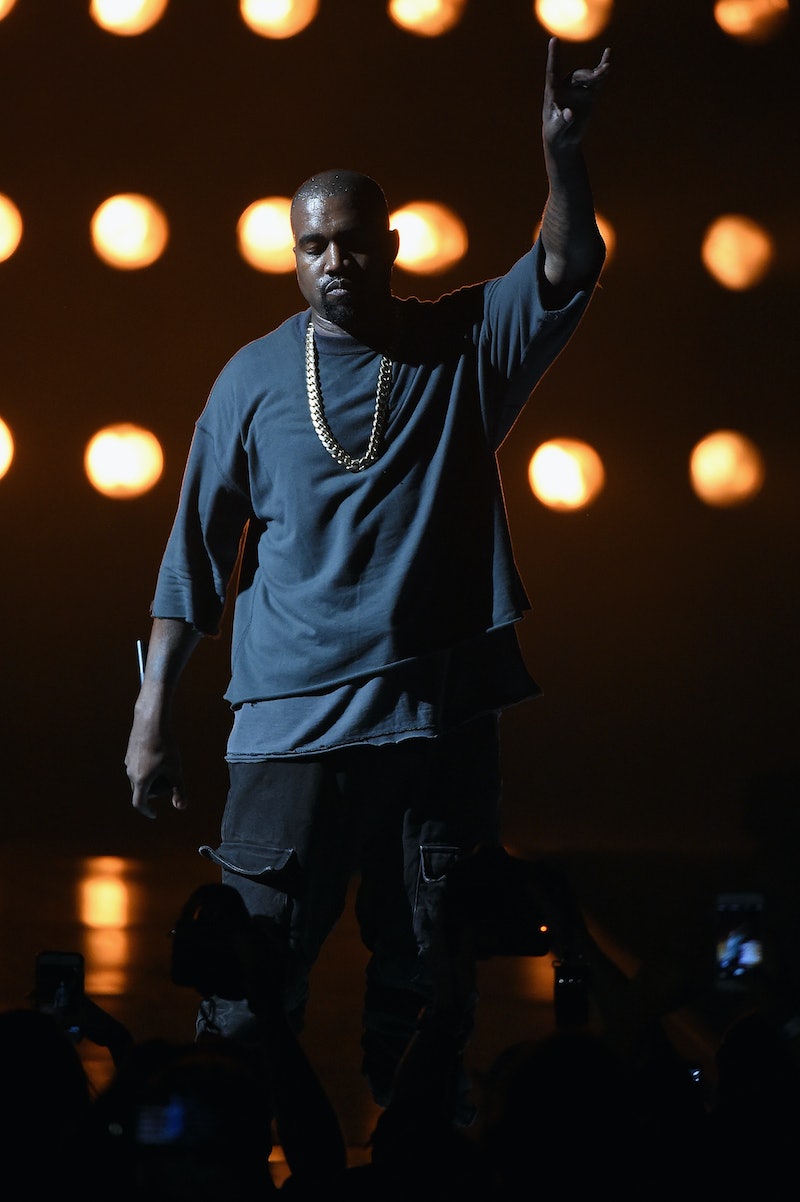 Leave it to Kanye to create one of the most coveted pairs of shoes on the planet. Even if you're not really a sneaker fan, chances are you've at least considered buying a pair of Yeezy Boosts because everything Kanye touches is instantly cool and you desperately want to be as cool as Kanye (or is that just me?). Kanye's Adidas Yeezy Boosts are being released on Nov. 14, and you're going to want to buy a pair for yourself.

Unfortunately, it seems like the odds of the Yeezy Boosts selling out almost immediately are incredibly high, especially since they were named "Shoe of the Year" by Footwear News, and also because the first edition sold out immediately. Perhaps we'll be able to better judge how quickly the new 350 Yeezy Boosts will sell out on Nov. 14 when we see how fast the boot-style Yeezy 950s will sell out along with the rest of the Yeezy Season 1 collection

If you want to buy a pair for yourself, you'll need to stalk the Adidas website on Nov. 14, so set your calendar reminder now. Last year, Adidas said they would email you when the Yeezy Boosts were available, but I'm still convinced I never got an email and I might be a little bitter about it.

Much like you wait in line to buy Lollapalooza tickets or to do your Black Friday shopping, you will have to wait in a virtual line to buy a pair of Yeezy Boosts. Hopefully Adidas.com can handle the traffic!

More like this
14 Spicy Bralette Outfits For Vaxed Girl Summer, Round 2
By Avery Matera
Fashion Trends From 2002 Making A Comeback
By Avery Matera
Charli XCX’s Depop Collaboration Is A Spice Girl Fan's Dream
By El Hunt
The Adidas x Gucci Collab Is A '70s-Inspired Athleisure Dream
By Avery Matera
Get Even More From Bustle — Sign Up For The Newsletter