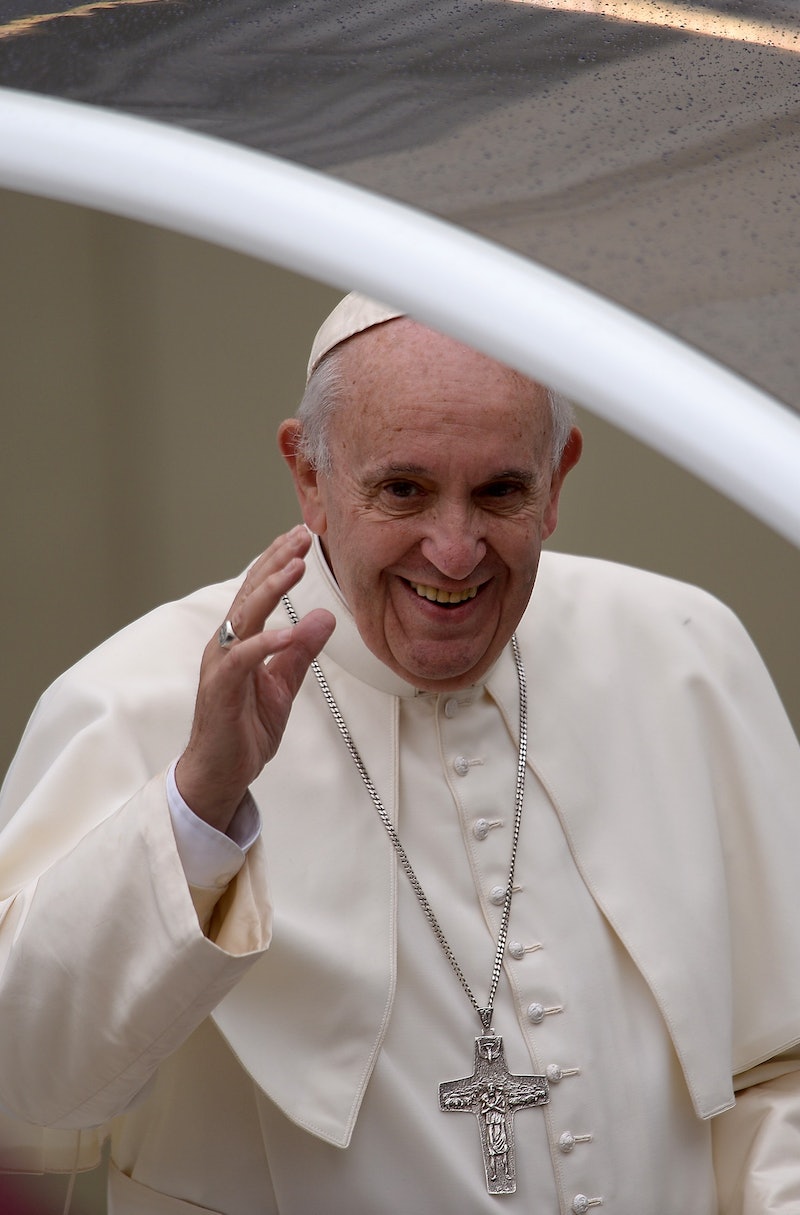 According to a press release issued Thursday, Random House has acquired the North American rights to Pope Francis' new book, The Name of God Is Mercy: A Conversation with Andrea Tornielli. The book is slated for a January 2016 release, which will coincide with the Holy Year of Mercy.

This will be the first book produced by this papacy, but it's not the first for Pope Francis, who — under his birth name, Jorge Mario Bergoglio — published 12 books in his native Spanish between 1982 and 2011. A record on his interview with Vatican expert Andrea Tornielli, The Name of God Is Mercy presents Pope Francis' testimony in a conversational tone for readers across the globe to enjoy.

Publisher's Weekly notes that The Name of God Is Mercy is not directed at a Catholic audience. Although I'm sure Christians will have more to take away from Pope Francis' new book than the non-religious, the papal office's popularity outside of Christianity has grown immensely during his tenure. Since its inception, the current papacy has made waves. Between his repeated calls for progressive action and his upcoming rock album release, it seems as if Pope Francis wants everyone to know that he's not like a regular Pope, he's a cool Pope.

At the time of this writing, Pope Francis' new book is not available for pre-order. But keep an eye out. It's sure to be a popular title when it drops next year.