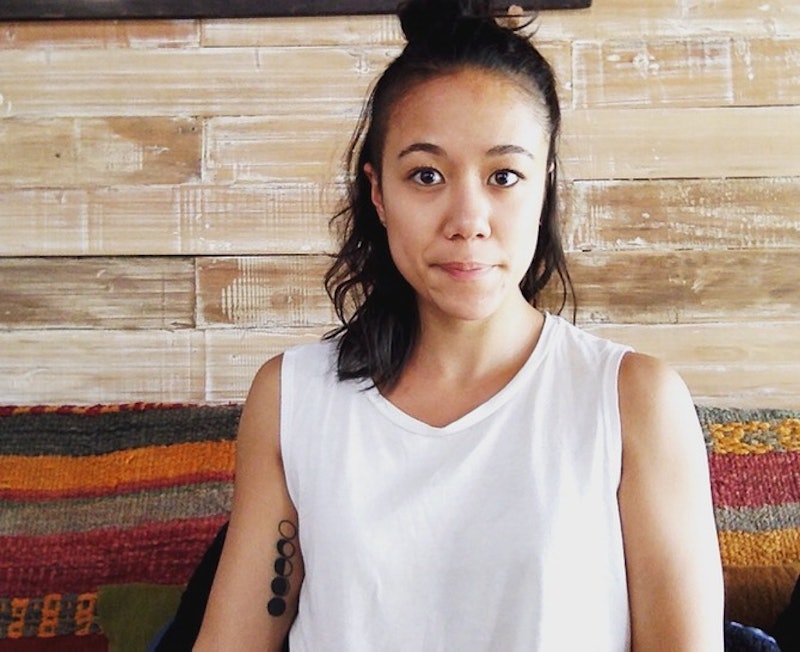 Since the now-infamous Miley Cyrus / Nicki Minaj feud back in August, we've been talking more and more about White Feminism — feminism that blatantly leaves out the concerns and issues of women of color. It's not always a pleasant conversation to have, but it's a conversation that is more necessary now than ever. There are a lot of things feminists of color want white feminists to know. Hopefully, now that the feminist movement is finally beginning to address how women of color have historically been disregarded in the fight for gender equality, women of every demographic will start listening to each other.

The hard truth is white feminists are privileged in ways that feminists of color simply can't relate to, and it's not even really their fault. Yes, some white feminists don't acknowledge their privilege, and that's wrong. However, our society is also to blame for pretending that race relations in the U.S. are more advanced than they actually are.

As an individual of mixed race, displays of White Feminism (like seeing white women as the primary spokespeople for feminist theories which women of color created in the first place) are difficult for me to stomach. On a more personal level, I’ve witnessed hardworking nonwhite women in my family face systemic prejudices that most white women will never understand, such as low-quality healthcare and low-wage jobs that promise little hope of upward mobility.

I know I can't singlehandedly fix all the discord within the feminist community, but I can tell you these seven things this feminist of color wants white women to know.

1. There Is A Lot Of Racism In The History Of Feminism

Some of America's most well-known feminists were unfortunately racist. In the early 1900s, Elizabeth Cady Stanton, the leader of the American suffrage movement, expressed anger over the fact that white women were denied the right to vote while “degraded black men” were given the opportunity to line up at the polls. Another suffragist, Frances Willard, refused to support the prevention of lynching in the South because she believed that black men were drunken menaces who were collectively guilty of raping white women.

Moreover, white women leading equality campaigns in Washington, D.C. blatantly requested that black suffragists walk at the back of their parades. As a result, some black women chose not to march at all, refusing to participate in yet another form of segregation.

White Feminism marginalizes women of color. White Feminism fails to give feminists of color a platform to discuss how racial inequality relates to gender inequality. It consistently reminds us that the beauty standard in our culture remains thin, blonde, and white.

White Feminism is present in academia, Hollywood, our government, and the Internet. In addition to excluding women of color from feminism, it excludes women who aren't straight or able-bodied as well.

It’s easy to accuse women like Miley Cyrus and Lena Dunham of promoting White Feminism in the media, but pointing fingers won't help the feminist movement progress. A more useful way for feminists to spend their time is to collectively strive for intersectionality.

Often, women of privilege don't even realize that they're excluding other marginalized groups. This isn't an excuse for their behavior, but it is a chance for women of color to honestly tell feminists of privilege how their lack of self-awareness affects other women. By helping each other recognize that women of different races, sexual orientations, and socioeconomic statuses experience gender inequality differently, we can all become more inclusive feminists.

4. Some Women Of Color Don’t Feel Comfortable Calling Themselves Feminists

Because of the tension between themselves and White Feminism, it’s no surprise that many women of color are uneasy identifying as feminists. This doesn’t mean that we aren’t lobbying for equal rights across the board; we just can’t ignore the racism in the movement's history. More importantly, we’re hyper-aware of the harmful discourse that has been developed in mainstream feminism, and we’re rightfully upset about the fact that our disenfranchisement is largely ignored.

These feelings aren't new. In the 1980s — when pale, blonde Gloria Steinem was the poster child for mainstream feminism — women of color were birthing the womanist and mujerista movements in response to being left out. In her book In Search Of Our Mothers’ Garden , Alice Walker defined a "womanist" as a black feminist or feminist of color. Then, mujerista (developed from the Spanish word for woman, mujer) was seized by Latinas to “claim their space over white feminists.”

Both of these movements still have their followers today. However, many feminists of color don't identify with these groups either, so they simply don't feel like they have a place in the feminist movement at all.

5. Our Struggle Is Different Than Yours

The plight of a middle-class, straight, white, American woman is not the same as that of an uneducated, gay, American woman of color. While the former fights for equal pay and paid maternity leave, the latter is more concerned with stopping race-related police brutality, acquiring better funding for inner-city public schools, and developing more comprehensive treatment programs for HIV.

In an essay for Salon, Brittney Cooper, professor of Women's and Gender Studies and Africana Studies at Rutgers University, puts it into perspective. She points out that feminists are concerned with equality, while feminists of color (especially black feminists) are battling injustice. She says, "One kind of feminism focuses on the policies that will help women integrate fully into the existing American system. The other recognizes the fundamental flaws in the system and seeks its complete and total transformation."

Until we can all understand this difference and find a way to bridge these two goals, many women of color will refuse to identify themselves as feminists.

As Ijeoma Oluo wrote in a thought-provoking piece for Ravishly, when women of color speak up truthfully about race and feminism, we’re either dismissed or “told that our complaints are ‘divisive,’ and that we should be focusing on the ‘real enemy.’” In other words, we shouldn't talk about how racial inequality and gender inequality intersect. For example, when Nicki Minaj used Twitter as a platform to shed light on the lack of representation of black women in the 2015 VMA nominations, Miley Cyrus told The New York Times that she was “not very polite.”

Even more troubling than how women of color are underrepresented in the media, though, is the fact that black and Latina women are disproportionately poor and receive very little public aid, and that black women are three to four times more likely to die in childbirth than white women.

Asking women of color to keep quiet about how racial inequality affects them will keep the feminist movement divided.

The overwhelming majority of writers, activists, and celebrities representing feminism are white women of privilege. Think of Patricia Arquette's infamous speech at last year's Oscars ceremony, or Emma Watson's status as ambassador for the He for She campaign. It's not that these women aren't doing good things, but that women of color can no longer disregard the fact that we aren’t properly represented in our society or in the feminist movement.

In a memorable debate about the whiteness of feminism between Rebecca Traister and Judith Shulevitz, two senior editors of the New Republic, Traister brought up how ironic it was that both participants were white, educated women from New York City.

Regardless of their good intentions, white feminists should not be the only feminists speaking for women of color. We deserve a platform from which we can discuss how our race impacts our feminism, and we deserve to be included in the mainstream feminist movement. Period.