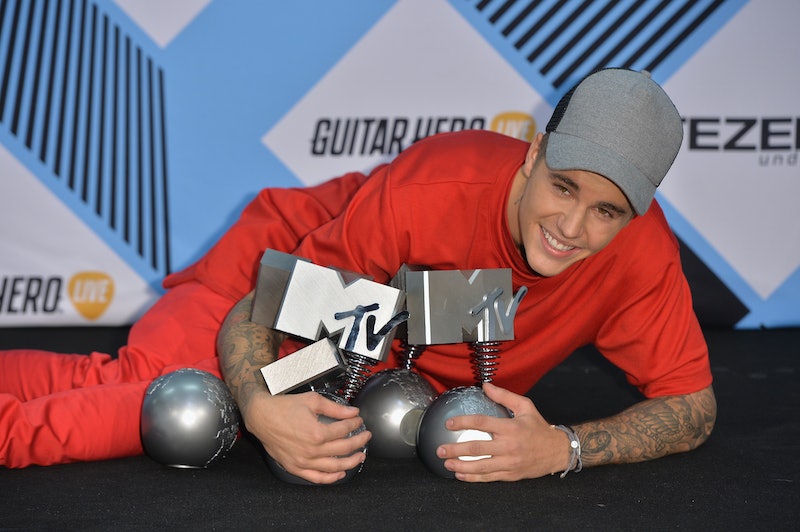 Hey, Beliebers, in case you're ever vacationing in Iceland and want to take a dip in that very same glacial lagoon Justin Bieber jumped into while wearing only undies in his "I'll Show You" music video, don't. According to TMZ, Iceland is worried for Justin Bieber fans, because the country thinks Beliebers are now going to go for a swim in glacier water.

Per TMZ, the scene was shot in the Jökulsárlón glacial lagoon and now a tour company responsible for giving visitors tours of the waters are warning anyone and everyone, including Bieber fans, to not test the waters. Apparently, the water temperature can be deadly and ranges between 3 degrees and negative 3 degrees Celsius. If that isn't bad enough, there are reportedly icebergs floating around the area, which means one could break off, float near a swimmer in the water, and either injure or kill someone. Also, if someone were to get hurt, TMZ reports that the closest town is about an hour away, so help wouldn't arrive immediately.

The tour company reportedly told TMZ that there are no rules against swimming in the lagoon, because it's so obvious that you shouldn't. However, now thanks to Bieber that might all change.

If you need a more visual demonstration of what not to do, here you go.

Most Importantly, Never This

This is one time Beliebers definitely shouldn't follow in their idol's footsteps.