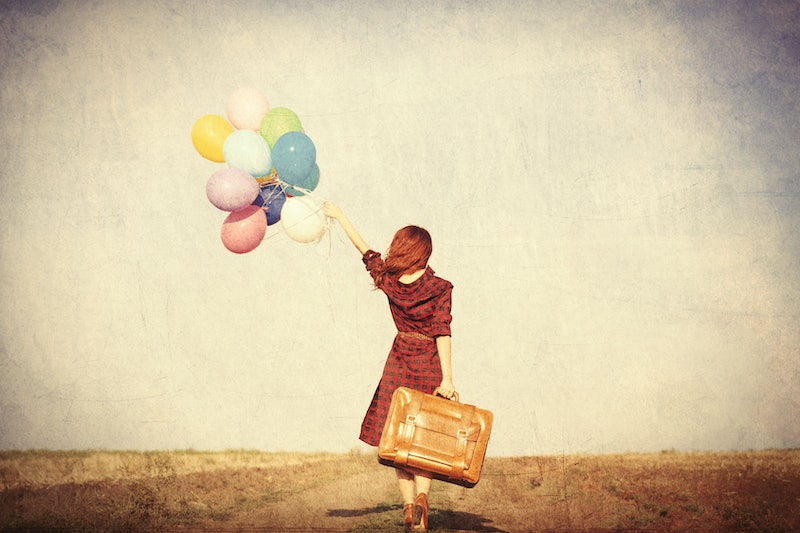 Is there a way to have a happy divorce? If we look to celebrities like Gwyneth Paltrow and her “conscious uncoupling” with Chris Martin, then yes, absolutely. But celebrities don’t live in the real world; here in the real world most divorces, especially if a child is involved, are messy as hell. I can’t imagine you’ve come across many people who have said, “Oh, yes, we divorced on perfect terms and are still best friends.”

As someone who’s about to embark on her first divorce ― I say first, because in my head I’m Elizabeth Taylor for the moment ― I can attest to the fact that they’re not easy. Although the papers have yet to be filed and divorce attorneys have yet to be called, I already know it’s going to be fairly disastrous. But according to CompleteCase.com, an online divorce form preparation service, when it comes to divorcing in the United States, where you live has a lot to do with how amicable or miserable it will be. The data was collected and analyzed by CompleteCase.com after comparing just how agreeable divorcing couples were in each state. In other words, who’s more likely to go the route of Paltrow and Martin and who’s going for the jugular and not looking back.

Even if you’re not married, you might want to know what it’s like to divorce happily, because even if it’s not you, someday, someone you know will get divorced, and this guide might be exactly what they need.

According to CompleteCase.com, people who live in Vermont are the most civil divorcers out there. Which, to be honest, isn’t super surprising because New Englanders tend to be a civil people. Not far behind Vermont, to round out the top five “amicable” places to divorce are Oklahoma, Rhode Island, Oregon, and Kansas. These states are also more likely to have uncontested divorces, meaning that friendship (maybe?) could be in the cards for these folks.

While everything may be nice and peaceful in Vermont, where things are really bad when it comes to divorce is in Alabama. Here, according to the findings of CompleteCase.com, arguments over division of assets, alimony, and all the rest of it make it the most disagreeable state in the country to get divorced. Although Alabama is the worst state to divorce in, Arkansas and Colorado aren’t much better.

3. Realize It’s For The Best

No matter the reason for your divorce, you have to tell yourself it’s for the best. People who are happy and in love don’t divorce, so if you’re divorcing you’re obviously no longer happy and in love ― simple math, right? Own that realization and don’t look back. Instead, look forward and realize that this isn’t the end of your life. In fact, it just might be the beginning.

4. Get Your Ass Into Therapy

As Dr. Lisa Kaplin wrote for Huffington Post, too many clients blame themselves for their divorce and say things like how they’re undeserving of happiness or have bad taste in partners. Eff that thinking. If you can’t change that thought process around on your own, there are so many therapists in the world who are just dying to walk you through the whole process. If your head is in the right place, then you can can feel happier about your decision.

As much as you might want to lash out at your ex, try not to criticize them too much. All that negative energy is going to eat you up inside and make it even more difficult to pull of the whole faking it until you make it thing. If you do have children, then holding it together, at least for them, will go a long .

7. Choose Your Lawyer As Carefully As Possible

As the press release from CompleteCase.com notes, once lawyers get involves it all goes to hell. Your lawyer might seem like they’re out for your best interest, but at the end of the day it’s all about money to them. You can start with an amicable divorce and, after a few rounds with divorce attorneys going to battle, you end causing World War III. No one wants that. So, when it comes time to find a lawyer, find one who doesn’t fight dirty ― unless, of course, that’s what you consider a happy divorce, then more power to you.