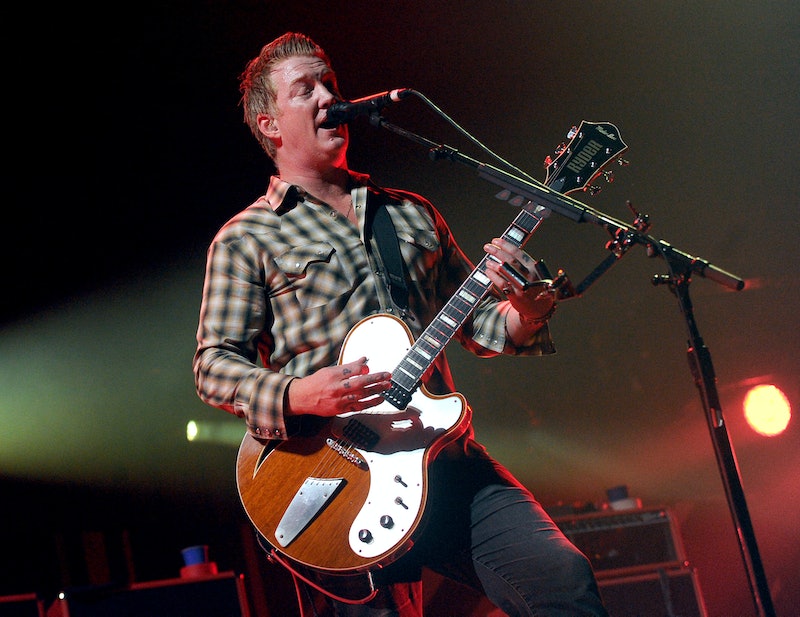 There’s no stopping Queens of the Stone Age. Fronted by guitarist/singer Josh Homme, these guys have had an incredibly eventful year. With the release of …Like Clockwork last June, they found their album rushing to the height of the Billboard 200 (their first album to do so) and achieving comparable international success. The album, which featured guest appearances from Elton John and Alex Turner of Arctic Monkeys, gathered a wider fan base for the band than ever before. Though Queens of the Stone Age has accomplished a lot in their 18 years in the business, this year also marks the first time it has been nominated for Best Rock Album in the Grammys, an honor that has been bestowed upon legends like the Rolling Stones and Bruce Springsteen.

And as if sold out shows all over the country, an appearance on Austin City Limits, and an intense upcoming tour weren’t enough, Homme told Rolling Stone that the band is already planning on returning to the studio and releasing the album sometime in the next year. This is way quicker than the four-year gap between 2009’s Era Vulgaris and …Like Clockwork.

The worrisome aspect of this is whether the writing process will be rushed amidst all the activity in the oncoming months. But according to Homme’s interview, the group already has “more than enough” songs written for the new record. He seems determined to continue Queens’ current streak of triumphs. Along with a tour in the U.S., Australia, and Europe to continue promotion for …Like Clockwork, they will also perform at Coachella 2014 in April, Pitchfork reports.

At least there was nothing else going on, right? The members had to want some downtime between all their grandiose plans. Ha! Not Josh Homme. Aside from his work with Queens, he made guest appearances on the Arctic Monkeys’ AM and Dave Grohl’s Sound City: Reel to Reel earlier in 2013. He also shared plans to start work on a new record for Eagles of Death Metal, one of his many side projects, though we haven’t heard any more about that recently. However, we do know that Homme will be hitting the screen with a cameo in Portlandia . Talk about a workaholic.

Seriously though, if 2014 is anything like 2013 for Queens of the Stone Age, there is probably a lot more to get pumped about than we now know.

More like this
Jinkx Monsoon Is About To Get Real Sketchy
By Sam Ramsden
Twitter Is Freaking Out Over Rihanna’s 2023 Super Bowl Halftime Show Announcement
By Stephanie Topacio Long
Everything To Know About Taylor Swift’s 10th Studio Album, 'Midnights'
By Grace Wehniainen and Jake Viswanath
What Demi Lovato Really Thinks About Child Stardom, Depression, & Sobriety
By Radhika Menon
Get Even More From Bustle — Sign Up For The Newsletter