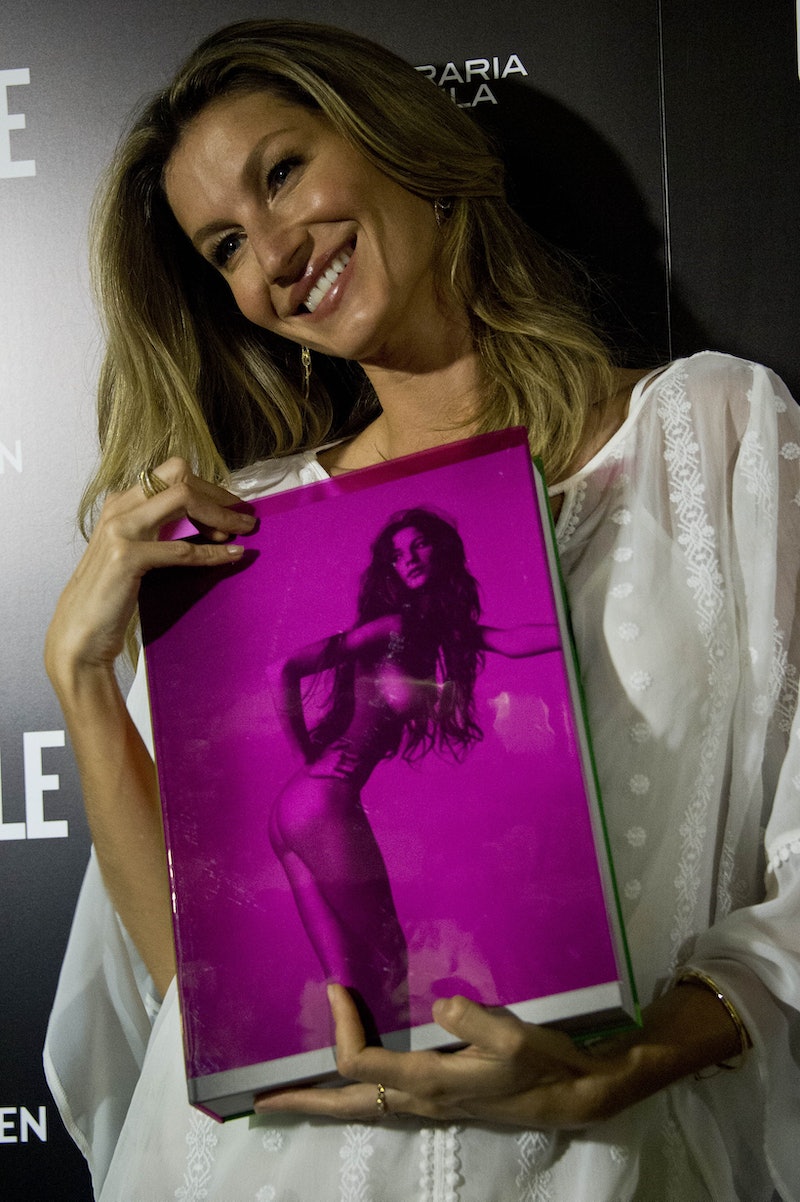 It didn't fly off the shelves when it launched Friday, but that's because Gisele Bundchen’s $700 book sold out before it even technically made it to the shelves in the first place. Gisele, which got a 1,000-copy limited edition release, sold out Thursday, reports Us Weekly, a day before the big debut. Clearly, that price tag wasn’t a problem.

Pricey as it was, the book is basically the definitive Gisele tome, so no wonder fans and fashion-lovers were so eager to get their hands on a copy. The book features 500-plus pages of photos spanning the 35-year-old supermodel’s two-decade-long career, including work from 74 photographers. Best of all, Bundchen is donating the proceeds to charity, so buyers also got to support a good cause. (As the world’s highest-paid model, it’s not like she really needs the extra income, right?)

The launch of Gisele took place in Bundchen’s native Brazil at São Paulo bookstore Livraria da Vila and featured what art director Giovanni Bianco referred to on Instagram as “special copies” of the Portuguese edition. From the sounds of it, it was quite the event. “What a fun night!” wrote the model on Instagram Saturday. “Thank you to everyone who was part of this incredible journey and who was there last night giving me their love and support.” She also gave a special shoutout to Bianco and shared her excitement about the book’s notable success.

According to a People source, there had been plans in place to promote the book for the holidays, but obviously, that won’t be necessary anymore. Basically, the book sold itself, thanks to Bundchen's legendary career. Impressive.