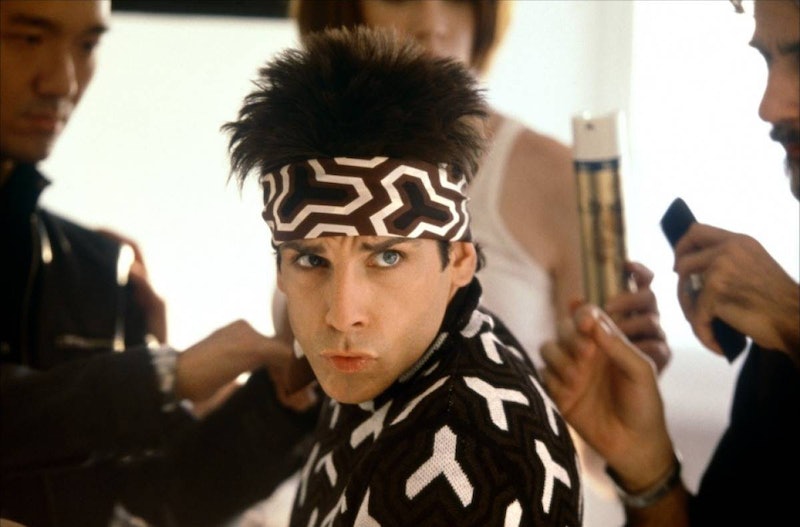 You know how sometimes sequels — especially long-awaited sequels — don’t exactly… measure up? It might have something to do with the script, or the fact that the original actors refused to sign on, but sometimes, it has everything to do with the fact that they waited too long to make a sequel in the first place. This has always been my concern with Zoolander 2 , the sequel to the 2001 cult classic — it’s been 14 years since the first movie came out, and I often find myself wondering if the sequel could even come close to the original passion and enthusiasm surrounding the first. Or, even worse, whether the world really needs another Zoolander movie. But, when I saw the most recent poster for Zoolander 2 , I realized something: This decade — and all of its narcissistic technology — was made for Derek and Hansel.

Just think about it. Camera phones? Social media? Computers on hand with files inside? Filters for all of your selfies? This is the stuff of dreams for a self-centered, kinda slow, male supermodel like Derek Zoolander. It’s almost as if Derek was born a decade too soon, and that his real time to shine is exactly right now, in 2015, where he has always belonged.

And the newest poster — in what is proving to be one seriously impressive marketing campaign — proves it. In it, Derek and Hansel stand side-by-side, neither of them looking at the camera that is pointed at them. Instead, they stare at their own phones, for which they’re posing for the perfect selfies, duck lips and blue steel included.

The poster is spot on. It not only captures Derek Zoolander in 2015 perfectly, but it’s also kind of scary how much our world has come to look like it. Not only is Derek totally ready for 2015, but I’m pretty sure that 2015 is also totally ready for him.

In an increasingly self-absorbed world, I think the satire and ironic humor of Zoolander 2 is probably just what we need to take a hard look at how really, really ridiculous our world has become.