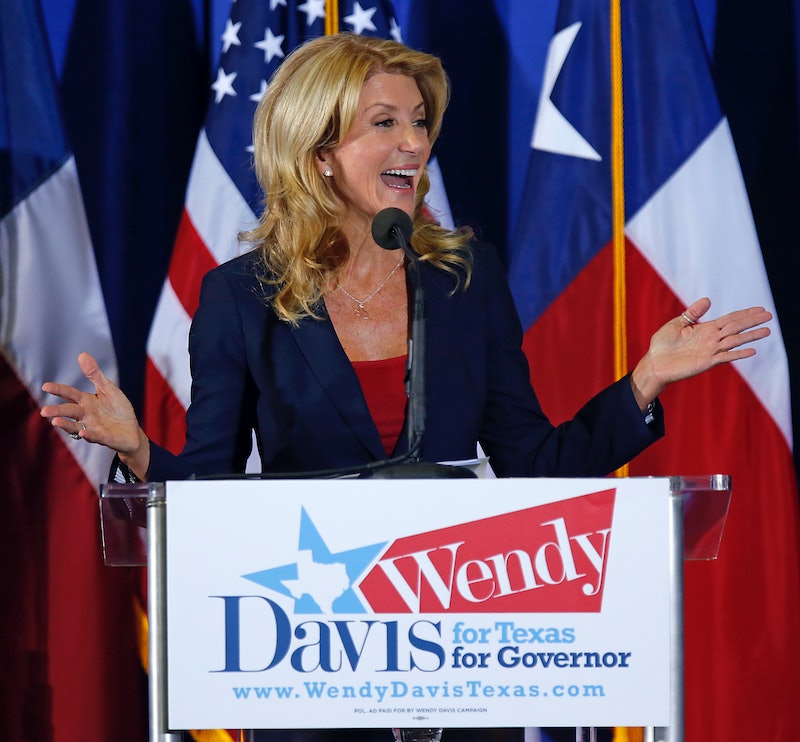 The state of Texas was ordered Thursday to reimburse Wendy Davis for over $200,000 in legal fees that she spent fending off a Republican attempt to carve up her legislative district (and, in the process, disenfranchise minorities in the area). The kicker is that the one responsible for reimbursing her is Attorney General Greg Abbott, who she’s currently running against in the governor’s race.

Davis and the League of United Latin American Citizens sued Texas Republicans in 2011 for trying to enact a redistricting plan that, they claimed, “was draw with the purpose, and has the effect, of minimizing and reducing the strength of minority populations in the Tarrant and Dallas counties area of North Texas.” They won, and Davis was permitted to seek reimbursement for what her campaign had spent on legal fees, in the neighborhood of $600,000. Abbott fought the ruling that Davis was eligible to be reimbursed, because of course he did, but lost that fight as well, and was ordered by a federal court Thursday to fork over $267,000 to Davis’s campaign.

This is more or less unrelated to the governor’s race, in which Davis and Abbott are facing off to fill Rick Perry’s seat as Perry, inexplicably, contemplates another run for president. While Davis faces an uphill battle against Abbott later this year, she effectively just received a $200,000 campaign contribution from her opponent, which has to be somewhat satisfying.