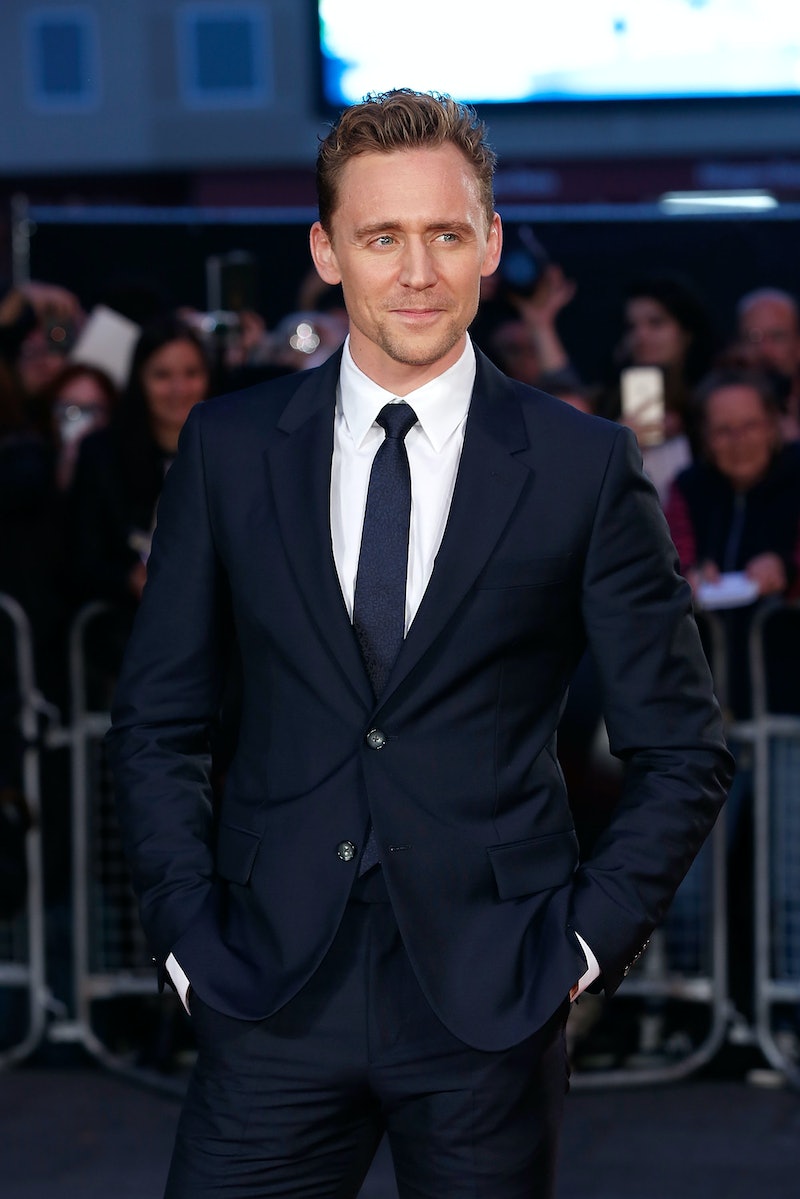 There's been a lot of talk about who should be the next James Bond. Despite being under contract for one more film, current spy Daniel Craig has said that Spectre could be his last time as 007, meaning a new Bond could be just around the corner. The only question is, who will be the next James Bond? One name that keeps popping up, other than Idris Elba of course, is Tom Hiddleston. The Marvel villain with a sinfully charming smile and an alarmingly rabid fanbase known as Hiddlestoners is one of Britain's most buzzed about stars right now, and it makes sense that he would be in the running for the role. But what would Tom Hiddleston as James Bond actually look like? Well, lucky for you, I've got you covered.

As many fans know, Hiddleston is smooth, refined, and looks very good in a suit — all qualities necessary to play Bond. There's also the accent, the dreamy eyes, the sex factor, and the fact that he's just a really good actor. Oh, and his smile, his hair, his miraculous ability to look hot in a green leather outfit and horns... I'm sorry, what was I saying? Ah, yes, Hiddleston would make a perfect Bond. So, of course, I took the liberty of imagining what Hiddleston as Bond would actually look like.

Here he is, gazing fondly at the bad guy he just killed with this impressively large gun.

And this is him talking special spy gadgets with Q like it's NBD.

And, finally, you can't be Bond without the Aston Martin.

His name is Hiddleston. Tom Hiddleston. And he'll have a martini, shaken not stirred, and (hopefully) an age-appropriate Bond Girl to go, please.