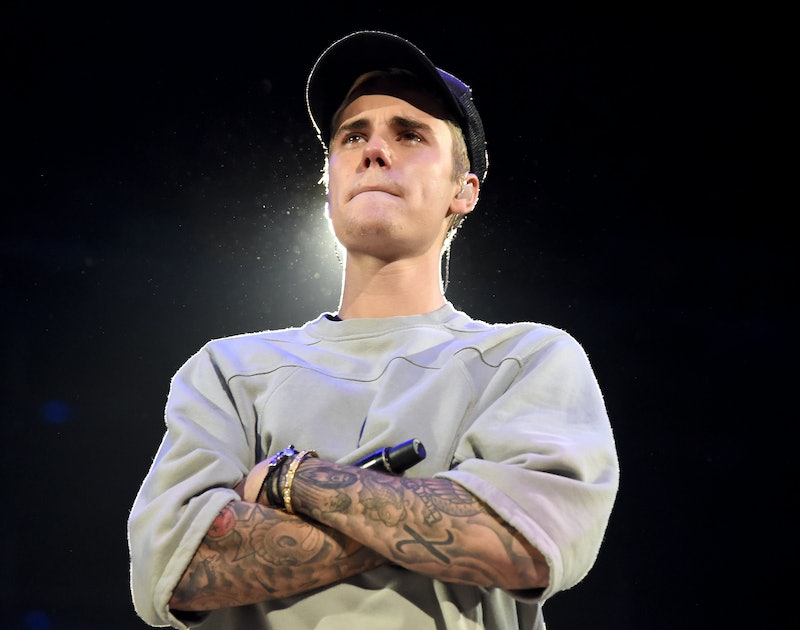 It's hard to believe Justin Bieber's new album Purpose only came out 24 hours ago — I've already listened to it over a dozen times and know the lyrics to at least half the album, so it definitely feels like much longer than that. I knew I was going to love Purpose for months before it was actually released, given that he's been releasing one amazing single after another. One of my favorites is "What Do You Mean," which already has a music video but got a fresh one as part of Bieber's Purpose: The Movement movie/video series which has been hitting the web on Saturday in separate pieces released hourly via his social media. I liked the original 'What Do You Mean' video, but the update one is even more fun, and also features some familiar faces any Belieber will recognize right away.

The Purpose: The Movement version of the "What Do You Mean" video features none other than ReQuest Dance Crew, who first appeared in the dance video for Bieber's "Sorry". As I'm sure you remember, "Sorry" featured some of the most best choreography and overall style we've seen in a long time, all courtesy of choreographer Parris Goebel. Seeing even more of the New Zealand-based dance crew in "What Do You Mean" is the cherry on top of the already delicious sundae that is Purpose.

It seems that Goebel had her hand in more than just the "Sorry" and "What Do You Mean" videos for The Movement. In fact, she's credited as director and choreographer on every video in the project, and that's major! Dancers from other troupes within her Royal Family organization feature in many of the videos, as well, though some faces are more familiar than others. One thing that's for sure is that the collaboration between Goebel and Bieber totally works both stylistically and technically — the videos are slick, expertly produced, and downright impressive.

Now that we're in a new era of Bieber's career, I hope we get to see more collaboration between himself and Goebel, whether in more videos or even in terms of his on tour choreography. The relationship feels effortless, and the results speak for themselves. Bieber is onto something, and keeping Goebel and the ReQuest crew around seems like a good place to start in ensuring he stays on that path.