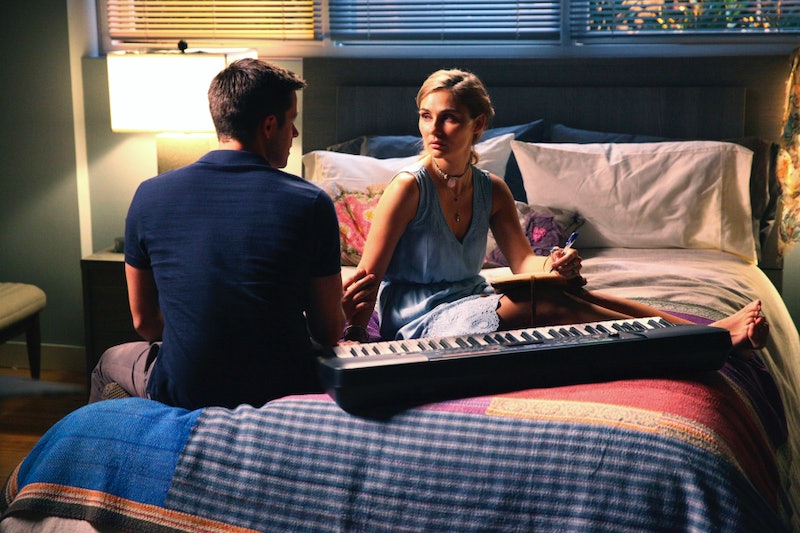 The ever changing relationship between Scarlett and Gunnar on Nashville has always been pretty perilous. I mean, that’s what makes the music so good, right? These two started out as writing buddies, then went to friends, then lovers, then exes, then friends again, sort of, then writing buddies, then band mates, then… well, you get the idea. While I’m glad they’re able to be civil to each other (for the music, you know?), these two are anything but simple. Now that Gunnar has a sort-of girlfriend named Erin and brought her along on tour with them as a sound technician, Scarlett is stirring up all kinds of passive-aggressive trouble.

Don't forget, Scarlett has a hot doctor boyfriend, Caleb, back in Nashville — but they’re both each too busy to speak to one another. Scarlett clearly also has the hots for Gunnar and she’s totally taking it out on Erin. At a local show in Boston, Scarlett told Erin, in her sound tech role, to turn her earphones way up so she could hear herself sing. Well, Erin did just that, pushing the system of the venue to its brink and overloading the circuits, causing the whole venue’s electricity to blow. Luckily, Gunnar and Scarlett were able to do the set acoustic until the problem was fixed, but let’s call all of this what it is — Scarlett intentionally sabotaged Erin to get her kicked off the tour. Not cool!

Scarlett and Gunnar had a moment at the end of the episode, and they both talked about how grateful they were that they could “rely on each other musically” following the snafu in Boston. From watching these two onscreen, I’m going to venture a guess that they’ll be together by the end of Season 4. Some relationships are undeniable, you know? Sorry, Erin — your casual union with Gunnar may not be long for this world.