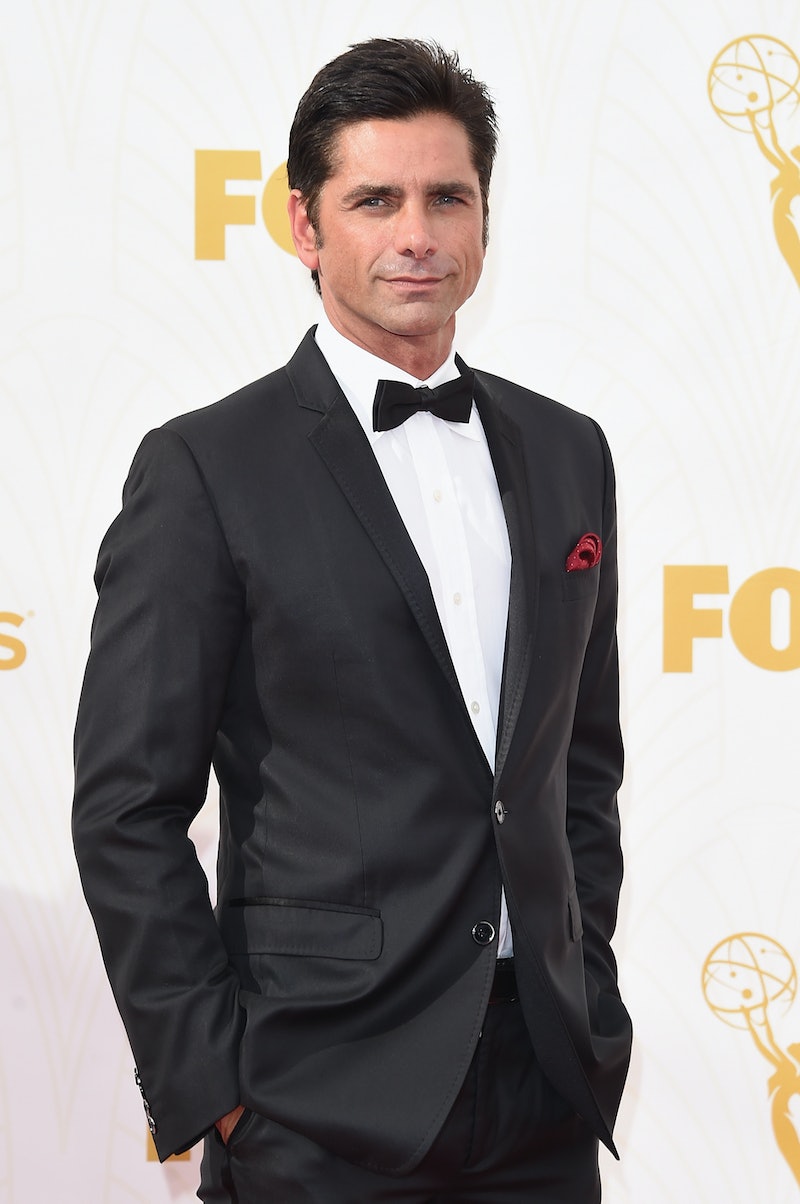 On Tuesday, Deadline reported that Grandfathered star John Stamos plead no contest for his DUI charge and will not face any jail time. The actor's lawyer Blair Berk who entered the plea at the Airport Courthouse Tuesday morning. However, Stamos is not walking away scot-free. The 52-year-old TV star will be placed on informal probation for three year and pay a $390 fine for a misdemeanor DUI drug charge. Furthermore, he will also take a DMV class on the matter.

In June 2015, the Fuller House actor was arrested for DUI and hospitalized. It was reported in October that Stamos had officially been charged with DUI and faced up to six months in jail. Obviously, that's not going to happen. At the time of the charge, sources who spoke with TMZ claimed that GHB, colloquially known as "the date rape drug," was found in his system. TMZ's sources alleged Stamos was taking the drug as a "fitness supplement" in addition to another non-narcotic drug. Regarding the drug claims, Bustle reached out to Stamos' rep who declined to comment.

Soon after his arrest, Stamos reportedly entered rehab, where he was allegedly seeking treatment for substance abuse. According to E! News, he sought treatment for one month. After reportedly leaving rehab, Stamos took to Twitter thanking everyone and revealed he was feeling "healthy".