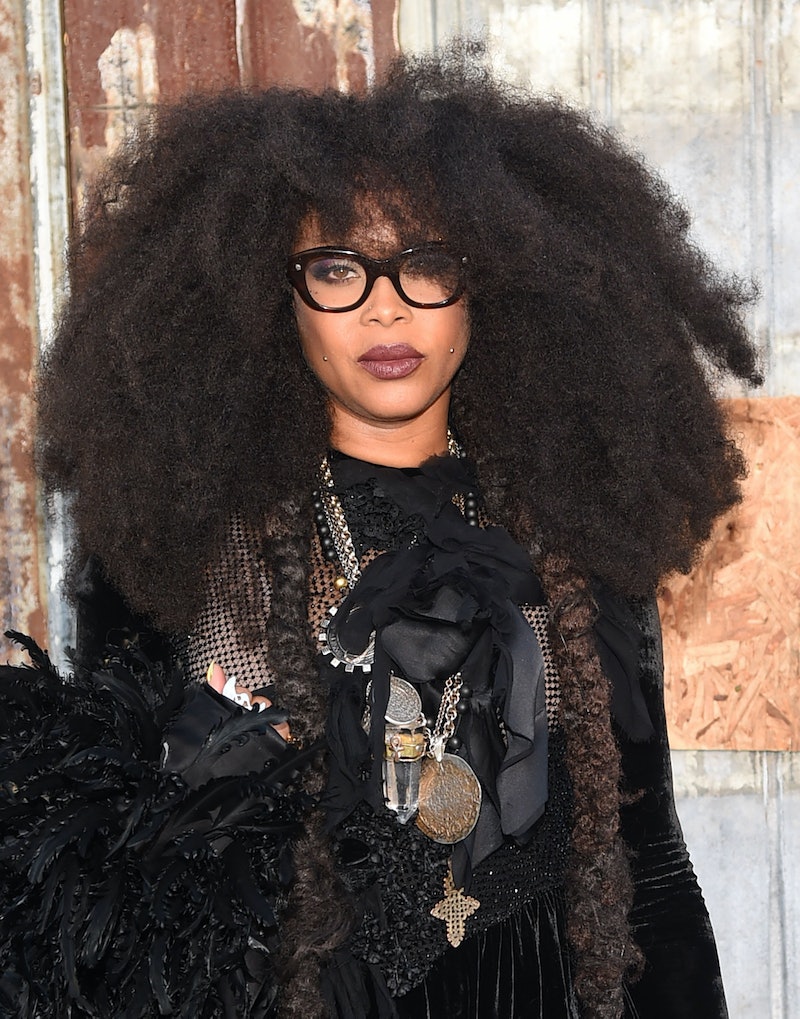 No matter the awards show, some type of controversy always seems to occur. Take Sunday's 2015 Soul Train Awards, where host Erykah Badu slammed Iggy Azalea during her opening monologue. While joking about rap music not being part of the Soul Train Awards, because it honors R&B music, she decided to include rapper Azalea as part of her comments. While making a fake phone call to invite musicians to the awards show, she said, "Uh yes? Who is this? Iggy Azalea? Yeah, hey. Oh, no, no, no, no, you can come, 'cause what you doin' is definitely not rap."

Immediately, the audience roared with both laughter and shock. Before taking a jab at Azalea, Badu even poked fun at herself and said,

As you know, I am the queen of Neo soul and people say I have this common effect on rappers: that I make them change gods and wear crochet hats, shoulder pads. So they have banned me from all of the hip-hop awards with a sign saying "Erykah Badu, leave our rappers alone."

As for Azalea? She has yet to comment, but her fans aren't happy and are sticking up for the rapper who brought "Fancy" to life. For example, one Twitter user tweeted Badu the following: "Life would be wonderful if women celebrated each other instead of emulating garbage like @fatbellybella You have my support @IGGYAZALEA." As you can see below, Badu responded with a short and simple remark: "Kill joy."

Here's how a few other fans are supporting the 25-year-old rapper:

Clearly, Badu isn't fazed by any of the shade being thrown her way. Based on her "kill joy" response it seems that it was all fun and games, but who knows. Let's just hope this doesn't turn into another celebrity feud, because that is definitely something the world doesn't need.