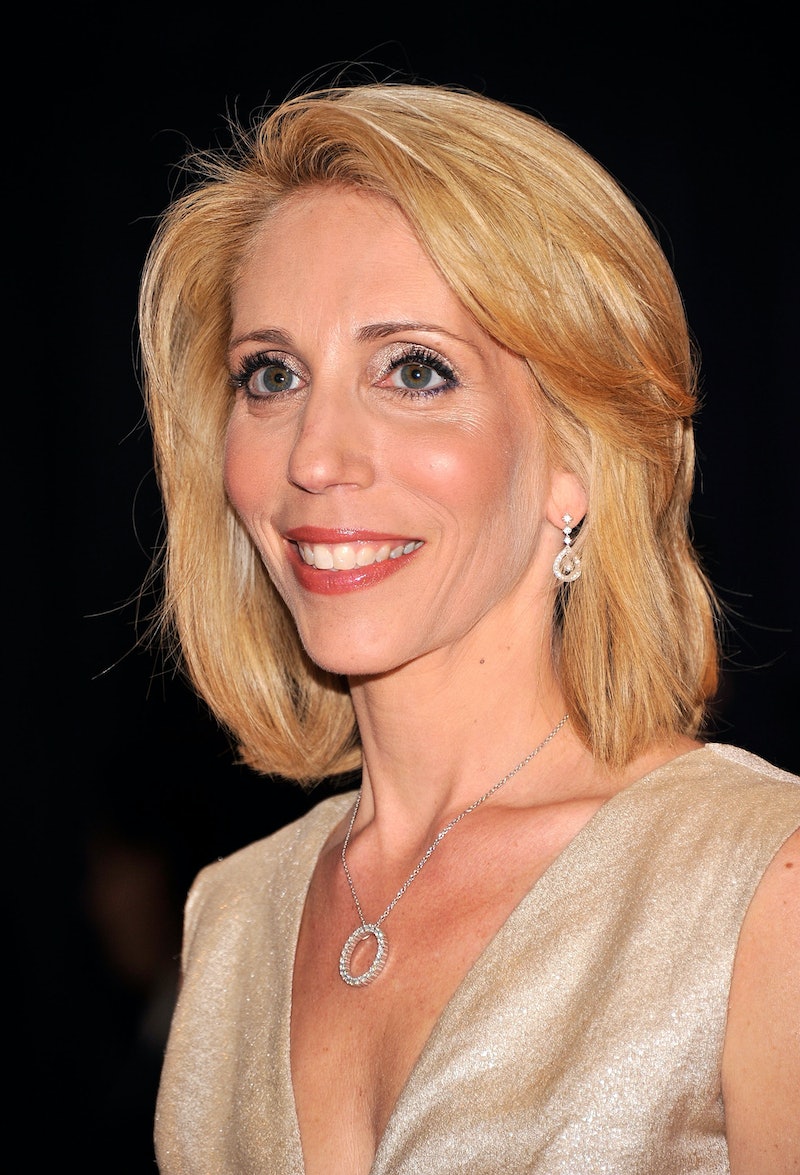 CNN chief political correspondent Dana Bash is preparing to host Tuesday's Republican presidential debate, but she's definitely not new to television. Apart from her almost 15 years of broadcast experience with CNN, superfans of the Netflix show House of Cards may recognize Dana Bash from Season 3 episode "Chapter 28," when she appeared onscreen as herself.

Bash has numerous credits on her IMDB page, but House of Cards was her first appearance on a scripted show. She makes a short appearance as herself alongside Jake Tapper, analyzing Claire Underwood's testimony in front of a Senate hearing committee. Bash nails her performance, but given her background in television, it's unsurprising that she shines on the small screen.

Bash's career in television was almost inevitable. Her father, Stuart Schwartz, was a broadcast producer for ABC for over 40 years, and worked on numerous shows including This Week, Dateline, and 20/20. "Every Friday night, my brother and I would go to work with him and we'd jump up and down on the couch and we would play with Ted Koppel's kids," she told New Jersey Monthly Magazine in an interview earlier this year. Her on-air career began in 2002, with a nerve-wracking appearance from a famous location: "My first live shot in my life was on the White House lawn. I thought I was going to throw up." Clearly, she's gotten much more comfortable with appearing on television since then.

Other news personalities have had cameos on the show too. Rachel Maddow, George Stephanopoulos, and Bash's ex-husband and fellow CNN correspondent John King have all made guest appearances, adding a touch of verisimilitude to the show by lending their familiar faces. It's a common strategy that's employed by a number of shows, and actors even get typecast specifically for these roles — Jay Johnson, who played Perd Hapley on Parks and Recreation, was a local news anchor in Los Angeles, and now exclusively plays news reporters when accepting roles on scripted shows.

Bash has only appeared in one episode so far, but there's hope for the future. Bash's current boyfriend, actor Spencer Garrett, appeared on the show in "Chapter 15" way back in Season 1 as Rep. Howard Webb, a candidate for Speaker of the House who was embroiled in an ugly election battle. Maybe in a future episode they can be a power couple to rival the Underwoods.

The official premiere date for Season 4 hasn't yet been announced, but previous premiere dates have been in February and March, so hopefully Netflix won't keep dedicated fans waiting too much longer. As for Bash, she will probably be too busy covering actual politics to make another guest appearance given her recent promotion and the snowballing election season, but hopefully she's not done with Frank Underwood quite yet.