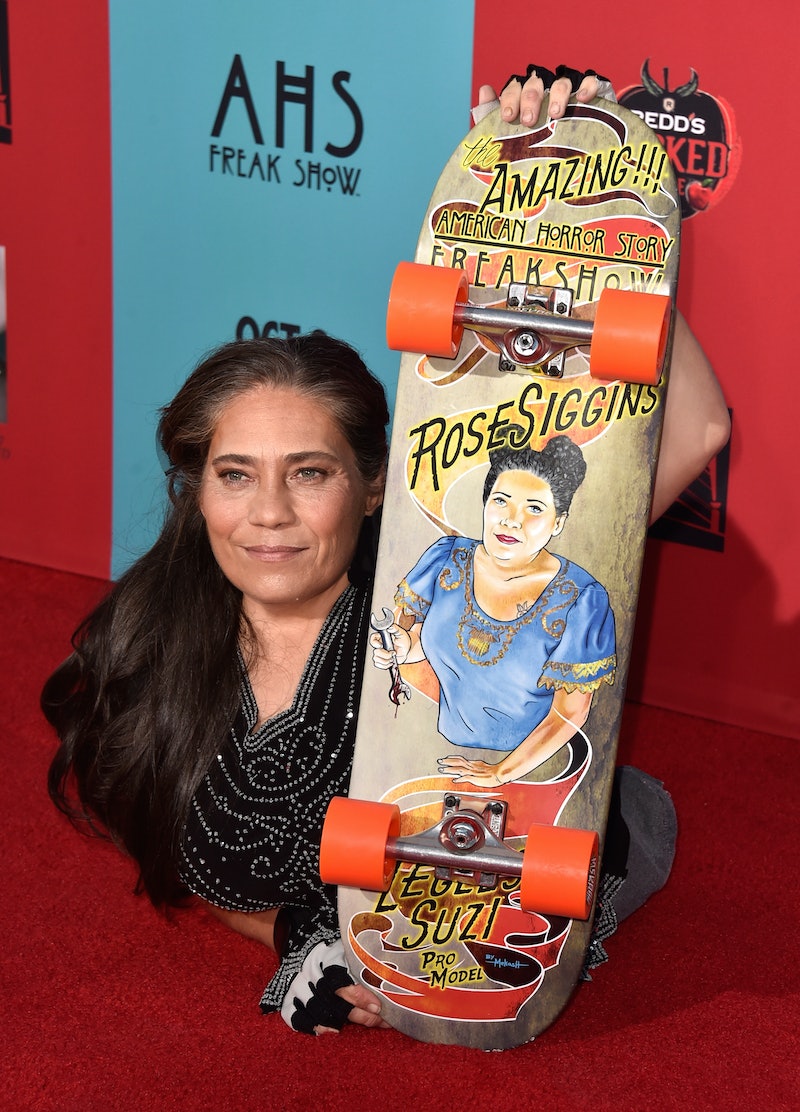 If you're a fan of American Horror Story, no doubt you'll recognize Rose Siggins. The actress, who played Legless Suzi in AHS: Freak Show, is one of the series' most memorable characters, making the news that Siggins has passed away at 43 even more devastating to her many fans.

According to TMZ, Siggins had been admitted to a Denver, Colorado, hospital on Monday, Dec. 7 to undergo kidney surgery. However, she is believed to have contracted an infection while there which spread through her body and eventually overcame her. She died at approximately 7:30 a.m. on Saturday, Dec. 12. No further details have been released at this time.

It's been said that Siggins has suffered from kidney and pancreatic problems throughout her life due to a rare genetic condition, known as sacral agenesis, in which there are fetal abnormalities in the development of the spine.

Siggins leaves behind two children, 16-year-old son Luke and 9-year-old daughter Shelby, as well as a husband, Dave. A GoFundMe page has been set up to help the family, with all fund raised to be "directed to final expenses and the continuing support of her children." As of Saturday afternoon, over $1,800 has been raised, with donations continuing to pour in from fans and well-wishers around the world.

An announcement posted by the administrator of Siggins' GoFundMe page posted along with the announcement of her passing read: "I suppose Elsa Mars said it best: 'The death of a beloved monster is always a sorrow, but never a surprise. If oddly-formed organs or a random physical anomaly doesn't claim them, then it is at the sheer density of their blaze. A carny's life burns and brighter than most. It is bound to extinguish sooner.'"

Such sad news, and such a big loss to say goodbye to such a talented, kindhearted woman.