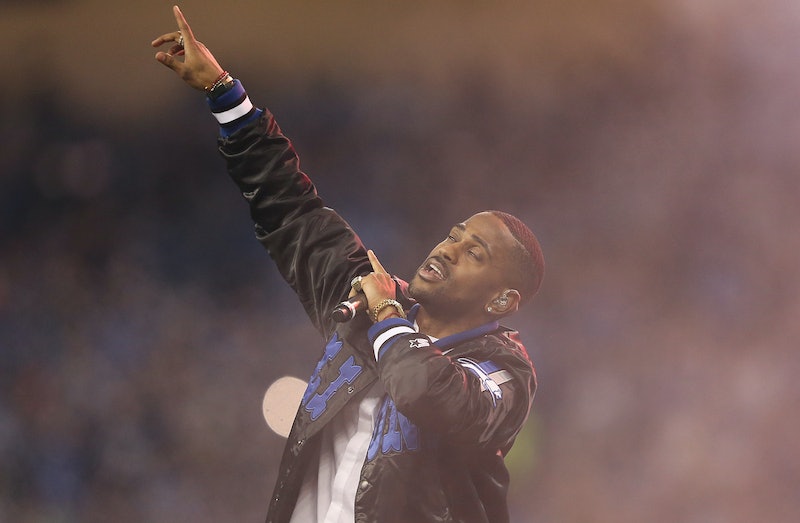 Big Sean just can't seem to catch a break these days. In the same week that his ex Ariana Grande told V Magazine that their breakup "wasn’t that hard" for her, the rapper's home was allegedly broken into, according to TMZ. While he was out of the country, Big Sean's home was reportedly burglarized, and over the weekend, it was reported that the robbers allegedly left a note with an email address detailing how the 27-year-old could get his possessions back. However, when the LAPD reportedly attempted to trace the account, no information was found, according to TMZ. Bustle has reached out for comment from Big Sean's rep, but hasn't heard back at this time.

Poor Big Sean. As TMZ reported, the burglars allegedly broke into the rapper's house and stole $150,000 dollars worth of jewelry and unpublished music from a safe while Sean was in Dubai. The alleged incident comes after a slew of celebrity break-ins, which, thankfully, do not appear to be connected in any sort of Bling Ring-style conspiracy to rob Paris Hilton blind. Again. In early December, Lana del Rey's Malibu home was broken into by a teenage fan who camped out in her garage while she was away (he was later arrested). Across the pond, in a chain of robberies police actually do think might be related, thieves stole cash, jewelry, and electronics from Rita Ora's London home in the same week that Simon Cowell's home was burglarized while he and his family were asleep inside. In the Cowell case, a suspect was arrested on Friday, according to Metro UK. Here's hoping that these celeb break-ins come to an end soon.