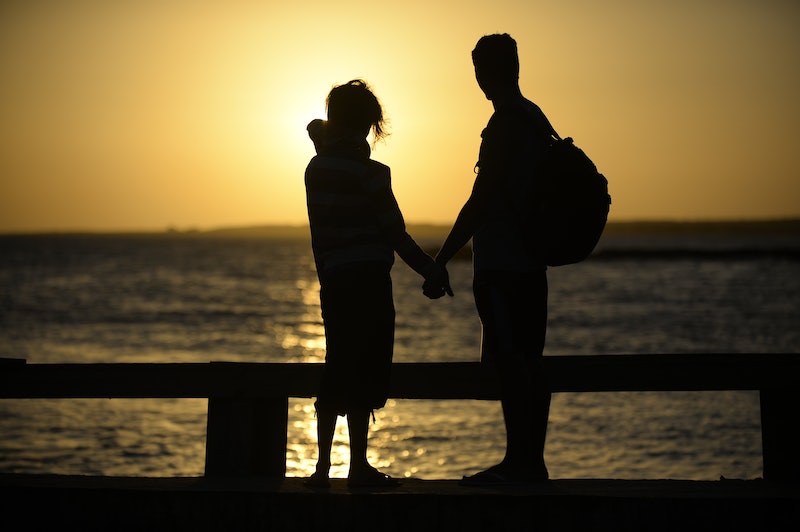 So there you have it.

Of course, this study was conducted solely on undergrads in monogamous relationships, so it's entirely possible that these findings won't hold true for people who, you know, aren't. But it also makes sense that being Facebook official would have relationship benefits; for one thing, it's usually a step people decide on together, meaning you would have to have some discussion about the nature of your relationship first, and for another, public declarations tend to make people more committed to something in general. That's theoretically why people with lots of wedding guests stay married longer.

Despite the fact the people like to bemoan about how social media is ruining all of our interpersonal relationships, this is not at all the first study to suggest that Facebook is actually good for you and your significant other. There is some evidence to suggest that people who post about their relationship a lot on Facebook are insecure, but other studies have shown that people who do aren't any less happy in their relationships than people who don't, and that the level of Facebook affection you and your romantic partners show is correlated to how committed you are in real life. Plus, it seems Facebook isn't responsible for people cheating either.

Of course, how healthy Facebook becomes once you break up is another story. But until that fateful day which may or may not come, enjoy Facebook-ing about your relationship. Science says it's OK!

More like this
Are Gemini & Scorpio Compatible In A Relationship?
By Kristine Fellizar
The Most Compatible Life Path Numbers, According To Numerologists
By Kristine Fellizar
The Case For A Hard Launch Summer
By Morgan Sullivan
How To Spot The Signs You’re Being Love Bombed
By Lea Rose Emery and Mackenzie Sylvester
Get Even More From Bustle — Sign Up For The Newsletter