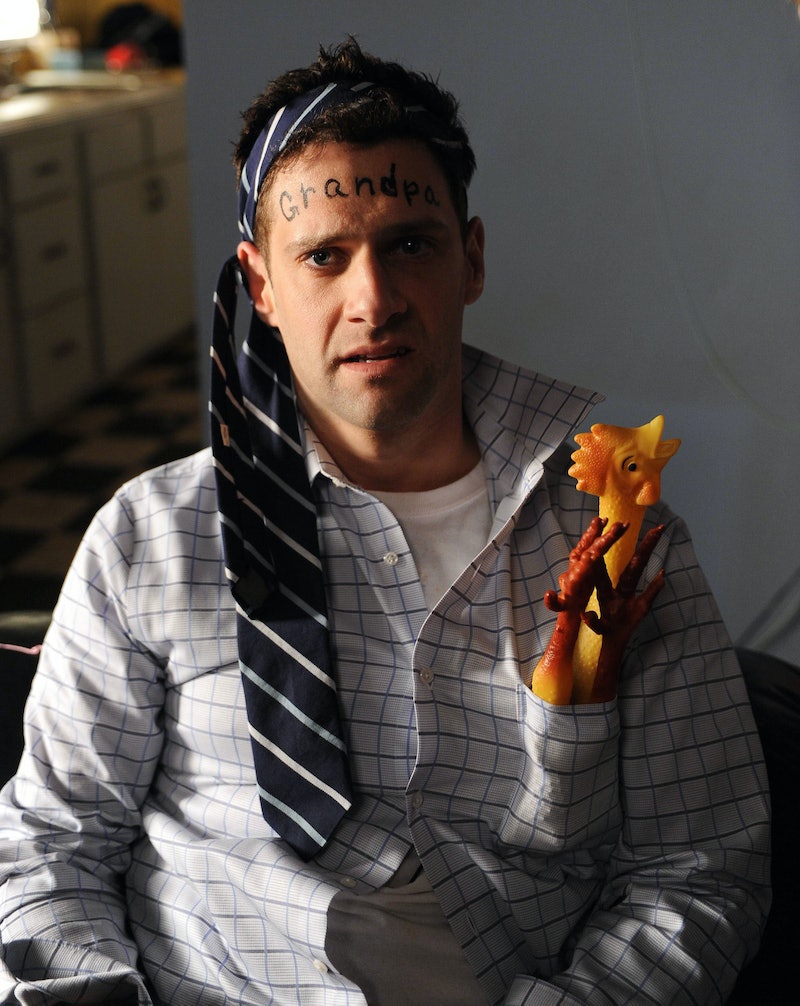 Oh, those hazy, crazy, and confusing post-college days. Fox's new comedy series Cooper Barrett's Guide To Surviving Life, premiering on Sunday night, is here to guide you through — or reminisce about — that anxiety-filled, yet wildly fun period of life. And if you're wondering who plays Josh, Cooper's brother in Cooper Barrett's Guide To Surviving Life , it's actor Justin Bartha, who you probably recognized from his roles in TV and movies. The 37-year-old Florida native returns to TV in Cooper Barret as the title character's older brother, who has a wife and children — but occasionally, Josh still wants to be part of the crazy twenty-something adventures Cooper (Jack Cutmore-Scott) gets himself into.

Elsewhere on the big screen, the actor romanced Catherine Zeta-Jones in the 2009 direct-to-DVD movie The Rebound and he also appeared in New York, I Love You, Holy Rollers, Failure to Launch, and Gigli. If none of those ring a theoretical bell, then you might recognize Bartha from his real-life romance with Ashley Olsen, who he dated from 2008 until 2011. These days, he's married to personal trainer Lia Smith and has a young daughter — just like Josh on Cooper Barrett.

And it sounds like both of 'em can well-advise the young Cooper.