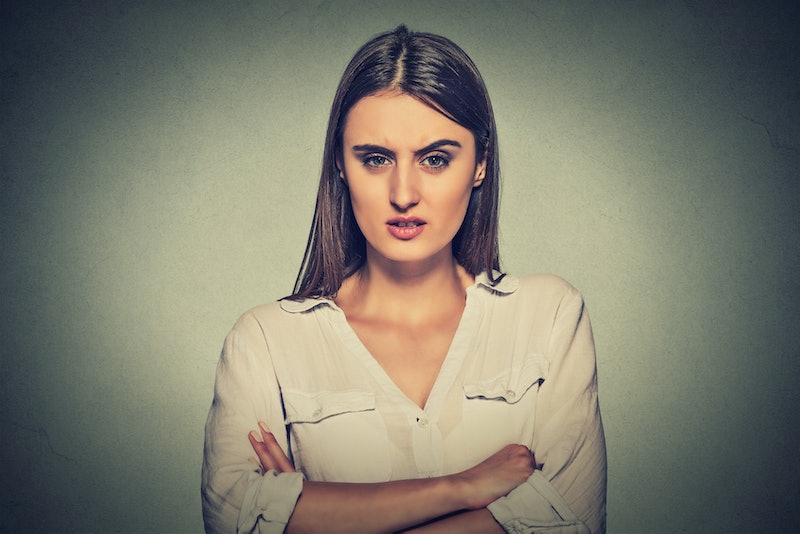 Maybe you've made a new year's resolution to cut the toxic people out of your life. That's a great idea, but somewhat more difficult to do if you're noticing signs that you're a toxic person yourself, oops. Obviously it's never fun or easy to engage in serious self-criticism, and self-improvement is really really hard, but there's no other way forward if the source of your problems turns out to be you. Look on the bright side — at least you have control over the way you behave, so if you make efforts to shape up and become easier and more pleasant to be around then you're likely to reap lots of rewards (instead of having to find new friends or abandon your family).

Now, we've all been guilty of indulging in some of these behaviors, but they should not become habits or you are likely to be screwing up your relationships left and right. Although some people, like your best friend or your mom, might stick out the toxicity longer than others, it's really not good to put yourself in a position where others generally feel like they're merely tolerating you at best. It's time to take a step back, observe yourself, and figure out whether you're the creator of the toxicity in your own life.

All of your problems are someone else's fault

The number one sign of a toxic person is externalizing responsibility for stuff that goes wrong (i.e. foisting it on whoever else is convenient). Just think about it: seriously, what are the odds that in all of the fights and spates and disagreements you've ever had, you've never been to blame? It's wildly unlikely, and this belief is self-serving, but at the steep cost of alienating others. Time to ditch it.

You're always talking behind people's backs

Though not every grumble deserves a confrontation, you should be willing and able to discuss problems with people when necessary, that's the mark of a mature adult. If you're always gossiping instead, you're probably lacking in diplomatic skills and taking juvenile pleasure in the gossip to boot.

Once in a while, someone's text or comment deserves rethinking. But for the most part, there's just no secret meaning hidden in these communications. Picking them apart is just an invitation to see upsetting shades of meaning that aren't real, and drawing others into the non-problem too.

You take more than you give

No one likes a fair-weather friend, but it's easy to fall into this routine. If you're only reaching out to friends and family and coworkers when you want something (and disappearing when it's time to return the favor), face up to the fact that you're probably a net negative influence on their lives.

Unless you're some kind of political figure, why on earth would you have real enemies? It's normal to have people float through your life at various times, maybe you've outgrown each other or were never a great fit in the first place. But if can name actual enemies, either you've contributed to genuine, significant fights (bad) or you're imagining that you have (also bad).

Having frenemies is almost worse than having regular enemies — what are you getting out of keeping people superficially close when you don't like each other that much and it's really more of a game? It can't be anything healthy or good.

You have acquaintances but no friends

If you chronically have tons of acquaintances but no legit friends, then the best explanation is that there's something keeping people from getting close to you. If you've made efforts to escalate some of these acquaintances into friends but it never sticks, you are probably giving off some red flags. Who wants to get newly socially involved with someone who already seems like more trouble than she's worth?

There's so much drama

Bottom line: your life is not a sitcom, and every season doesn't need a dramatic arc. "Drama" should be the exception and not the rule and toying with people in your life or using them as stimulation for your own purposes isn't ok. If you're bored, get a real hobby instead.