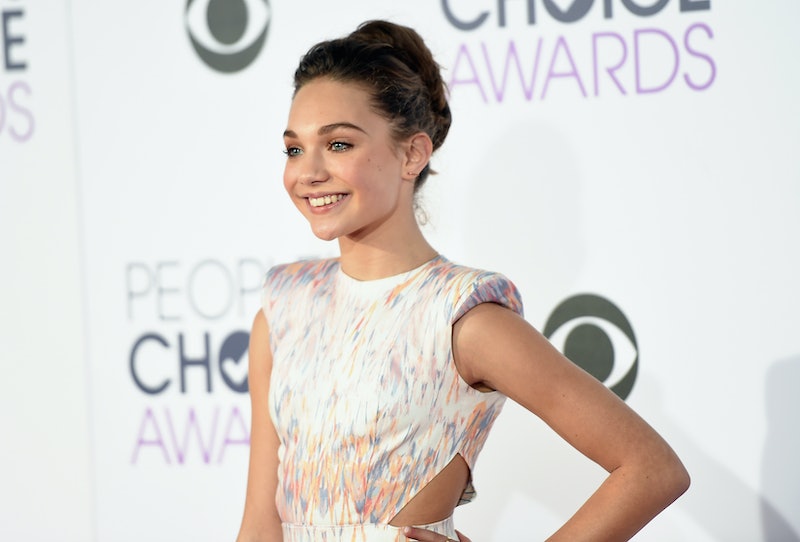 From starring in six seasons of Dance Moms to having a creepy-yet-amazing cameo on Pretty Little Liars, there's no denying Maddie Ziegler's popularity. At age 13, the dancer has already starred in multiple music videos and performed at the 2015 Grammys. That's an extensive résumé for anyone, let alone a teenager. At this year's People's Choice Awards, Ziegler was up for the DailyMail.com Seriously Popular Award and took home the trophy. (She also rocked the red carpet!) While well-deserved, it's definitely an impressive feat, especially since the other nominees included Kylie Jenner, Ruby Rose, Cara Delevingne, and Bella Thorne. Considering someone like Jenner is constantly in the spotlight, it's awesome that Ziegler stood her own against such big names.

So, what is the DailyMail.com Seriously Popular Award and how is it decided? According to the site itself, "The new award is to crown which star the fans read about the most every day on DailyMail.com." Even though the award has the Daily Mail's name attached to it, fans still had the opportunity to vote and decide the winner, just like all of the other categories. This proves the power of Ziegler's fanbase — they really rallied behind the hardworking dancer.

Honestly, I don't think this will be the last time Ziegler attends an award show. This is just the beginning of her career — especially since she's already cast to star in Sia's short film Sister . Whether she continues dancing in music videos or pursues a more serious acting career, she's already a star.