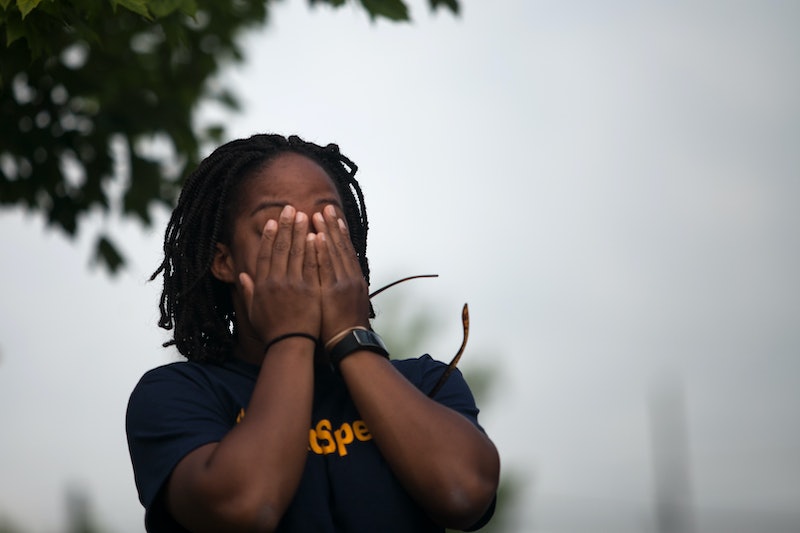 A grand jury may have cleared police officers and jail personnel of any criminal wrongdoing in the case of Sandra Bland, but for Texas state Trooper Brian Encinia, the case may be far from over. As Bland's arresting officer, Encinia has been indicted for perjury. The Waller County grand jury reconvened Wednesday regarding the case, and issued a statement of indictment later that afternoon. Houston special prosecutor Shawn McDonald spoke with Houston Public Media about the case, and indicated that this is the last bit of investigation that grand jurors have conducted. Speaking with Houston news affiliate KHOU, special prosecutor Lewis White echoed McDonald's statements, and had this to say about the information the grand jury was reviewing as they mulled over potential additional decisions:

Prior to making headlines in the wake of Bland's alleged suicide in a jail cell mere hours after she had been arrested, Encinia's record as a state trooper had been fairly unremarkable, save for a single instance of unprofessional conduct in 2014. He had been in his position for just one year before being placed on administrative duties on July 17. Encinia was then placed on desk duty as the investigation into his involvement in the death of Bland continued.

Bland was stopped by Encinia on July 10 in Prairie View, Texas, for reportedly failing to signal when changing lanes. The incident quickly escalated, and video footage from an eyewitness shows Encinia physically restraining Bland as he arrests her. Three days later, she was found dead in her jail cell, having allegedly hung herself with a plastic bag. The circumstances surrounding her death were suspicious enough to put Encinia, an officer who was with him during Bland's arrest, as well as many other law enforcement personnel under investigation.

It took all the way until December for a grand jury to not only convene but also issue a decision. The grand jury found that no felonies had been committed. Still, they insisted that their deliberation process was far from over. The new perjury indictment against Encinia reportedly calls his testimony of how he removed Bland from her vehicle into question. A trial date has reportedly been set for Encinia in January 2017.