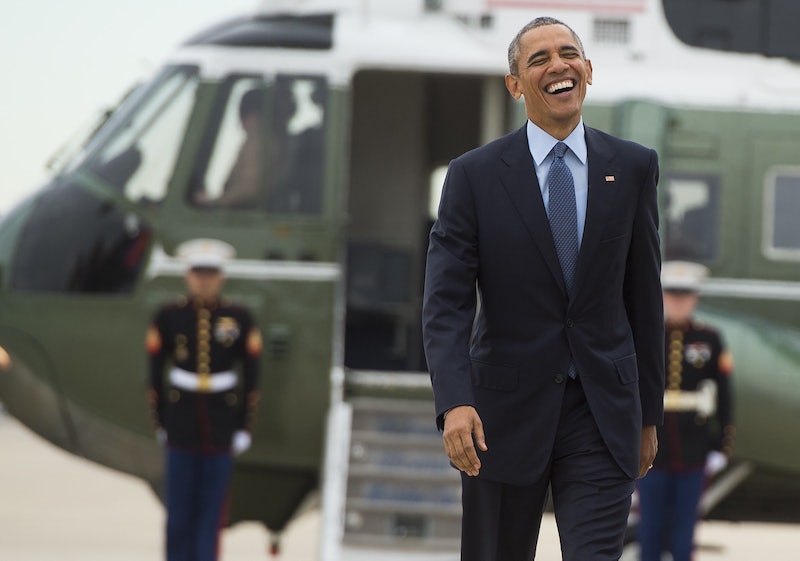 In what is mostly seen as a colossal waste of time, Congress has passed a bill to repeal Obamacare, despite knowing that President Obama is definitely going to veto it. It's the first time such a bill has made it through, so that's a victory for Senate and House Republicans, at least (considering how this is the 62nd time they've tried). But alas, the legislation, which aims to get rid of affordable health care (and comes with a side of defunding Planned Parenthood), will certainly die when it lands on Obama's desk.

New Speaker of the House Paul Ryan argued that the bill is totally not a waste of time, even though you'd have to think he knows enough to realize that the president probably isn't going to sign a piece of legislation that would get rid of what's widely considered one of his crowning achievements. Ryan said:

Even though Obama has already promised to veto the measure, the GOP is hoping to muster enough votes for a veto override. However, Republicans are unlikely to get the amount of votes they need.

More like this
How To Support Gun Control Reform Right Now
By Morgan Brinlee and Carolyn Steber
The Church Of Scotland Votes To Allow Same-Sex Marriages
By Sam Ramsden
How The City Healed Five Years On From The Manchester Arena Attack
By Ella Glover
Plan C Vs. Plan B: What's The Difference?
By Lexi Inks
Get Even More From Bustle — Sign Up For The Newsletter