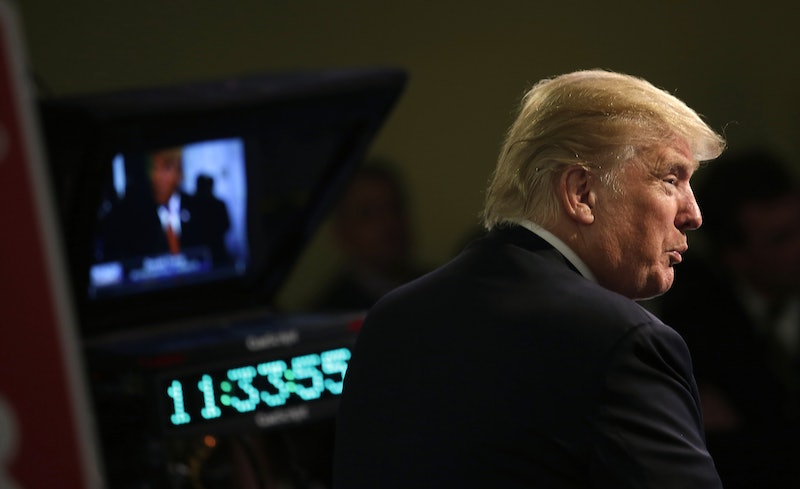 Two weeks into the new year, and already a GOP debate is upon you. On Jan. 14, Republican candidates still in the running will take to the stage to vie for voter support. But there are other familiar faces set to appear because the GOP debate will air on a channel that's hosted once before.

The sixth GOP showdown will be on Fox Business Network, beginning with the lower tier forum at 6 p.m. ET. Neil Cavuto and Maria Bartiromo will return as moderators for the primetime event while Trish Regan and Sandra Smith will return to host the JV squad. Instead of allowing a crowded stage like with previous debates, FBN will limit primetime participants to those coming in the top six spots in national polls. Everyone else will be designated to the kiddie's table.

During its last rodeo, FBN focused on its topic of expertise, the economy, and proved to come out as the better business network after a widely criticized run by competitor CNBC. Thursday will also hunker down on economic issues while also touch upon domestic and international policies.

Tuesday's showdown was a latecomer to the roster, as the Republican National Committee announced FBN would host a debate in place of an event at Liberty University that was scheduled for Jan. 16. FBN's larger sister network Fox News will also host a GOP debate on Jan. 28.